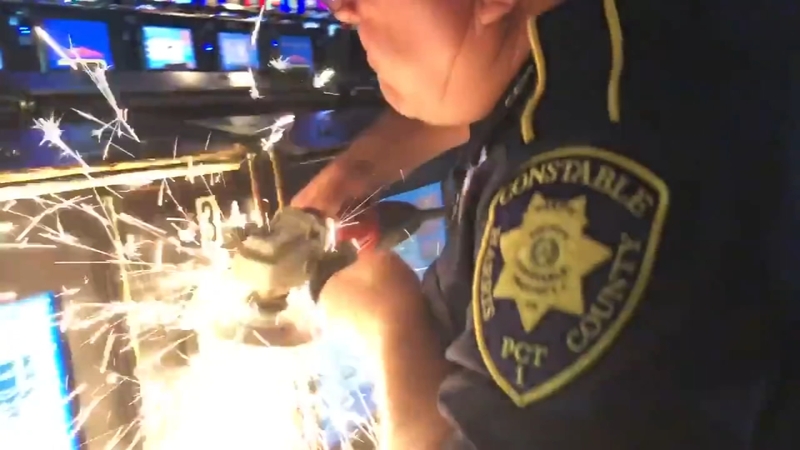 SOUTH HOUSTON, Texas (KTRK) -- Seven people have been charged with first-degree money laundering after a bust at an illegal game room in the City of South Houston, the Harris County Precinct 1 Constable's Office said Tuesday morning.

Constable Alan Rosen said property and cash were seized from the room in the 1500 block of College.

The constable's office said this is the fourth time they've been at that game room in particular, and each time, the owners continued to build on to it, adding a bar and new machines.

So far, five people have been arrested, but deputies are searching for two more.

"This is a game room that steals from people on fixed incomes. There's crime that happens in and around these places," Rosen said. "We've had people use Lone Star cards that they've traded off to gamble."

Rosen said they had received anonymous complaints about the game room, and those arrested are heavily involved in the gaming industry.

"We have $14 an hour workers who are being arrested. We're coming after the owners," Rosen said.

Rosen explained that the total dollar amount the game room has taken in could be in the millions.

So far, each suspect involved was arrested at his or her home.

"Oftentimes, people who are laundering money try to filter that money through legitimate businesses so that the money gets washed," Rosen explained.

This was a year-long investigation in conjunction with the Harris County District Attorney's Money Laundering Division.

Authorities plan to take every machine and clear the game room.

This is the FOURTH time we’ve hit this illegal game room. This time we hope the felony charges against the owner and operators will send a message. #hounews pic.twitter.com/rKgcpIJ4ZS