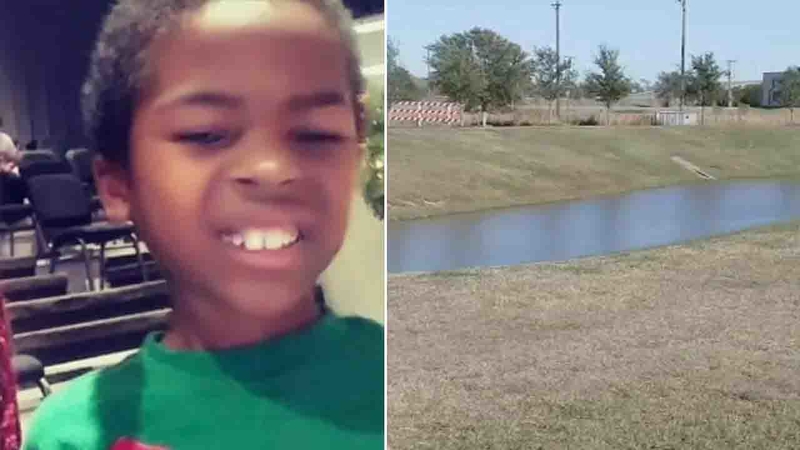 TEXAS CITY, Texas (KTRK) -- A mother has filed a $25 million lawsuit against a Texas City apartment complex, saying their negligence led to the drowning of her 7-year-old son, who had autism and was non-verbal.

Xavion Young had unlocked the doors to the family's home at the Costa Mariposa apartments back in January and was found a day later in a nearby retention pond.

His mother says while he did not have a history of wandering, she noticed he was showing interest in water.

For that reason, his mother, Jarissa Young, said she repeatedly asked management to have her door locks raised or have additional locks added, so Xavion couldn't reach, even offering to do it herself.

Young showed ABC13 the correspondence from the NRP Group, which manages the complex, acknowledging her request back in September.

She says after moving in, she asked the complex a number of times about the lock, to which she was asked to wait.

Back in January, the NRP Group released a statement about the incident:

Our thoughts remain with Xavion's family during this difficult time. Investigations are currently ongoing, and therefore, we are unable to provide any further comment at this time.

Young's attorneys argue that the tragedy could have been prevented, the pond was not protected by any safety devices and there were no signs around or near the pond indicating the potential danger to children.

ABC13 has reached out to Costa Mariposa apartments for comment on the lawsuit.

RELATED: Mom was concerned over door locks before son's drowning in Texas City