Skeletal remains identified as woman who disappeared from Houston park 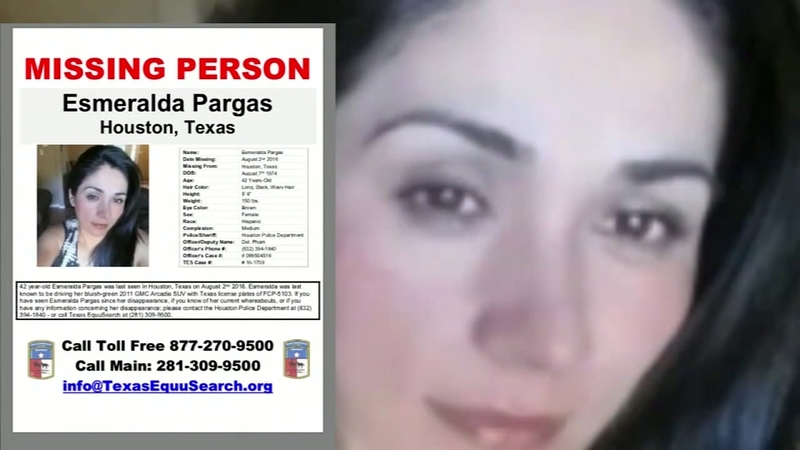 HOUSTON, Texas (KTRK) -- A year and a half ago, Esmeralda Pargas left her home in north Houston and never to return.

She went to meet with a woman, "an acquaintance" at a park somewhere along Veterans Memorial early in August 2016, according to police.

Her SUV was found, but she never was heard from again.

A two-day search yielded 85 percent of the skeleton for DNA testing. The Liberty County Sheriff's Office says the results confirm the remains are those of Pargas.

On the first anniversary of her disappearance, one of her five daughters wrote this on the Missing Pieces Network's Facebook page: "It still hurts as if it was just yesterday. I still wish this was all a dream. We don't lose faith that one day my mom will return back and we will be a family again."

Hope is what they held on to. Now authorities are asking the public for information about Pargas' murder.

How did this single mother of five end up dead in a remote area in Liberty County? That is the question investigators hope to answer.

A cash reward is available for anyone providing an anonymous tip to Crime Stoppers that leads to an arrest.

Investigators said a 2016 missing persons case has turned into a murder investigation.