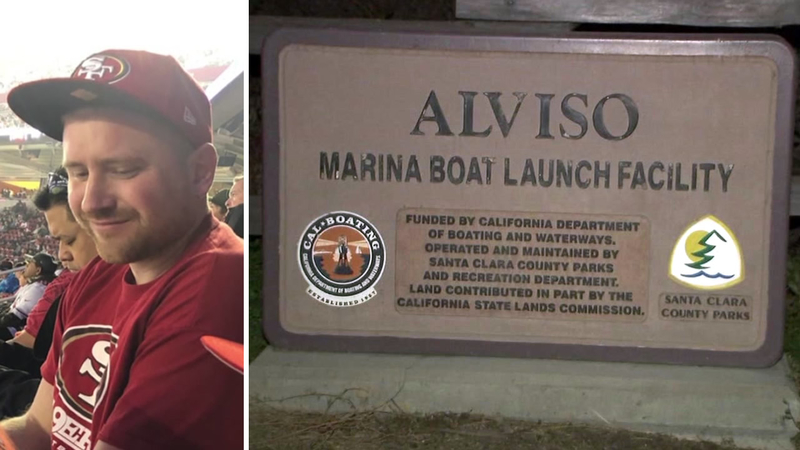 SAN JOSE, California -- Santa Clara police were notified about the finding of a man's body amid a high-profile missing persons case involving a 49ers fan.

Fishermen made the gruesome discovery near the Alviso Marina Saturday afternoon.

"I was told it was about a mile out from the boat ramp," officials said.

Divers with the Sheriff's Office recovered the body, and now the Coroner's Office is working to identify him.

A call was made to Santa Clara police in regards to their case of a missing man named Ian Powers.

He was last seen on surveillance footage leaving Levi's Stadium that night.

He attended the game with his girlfriend Chelsea Robbins and her two children.

In an interview Friday she said the two were separated at the game.

Santa Clara police tracked Powers' cell phone to a nearby parking lot, where his car was abandoned.

They say none of his credit cards have been used since.