There she is: Out of the closet, and ready for Miss America 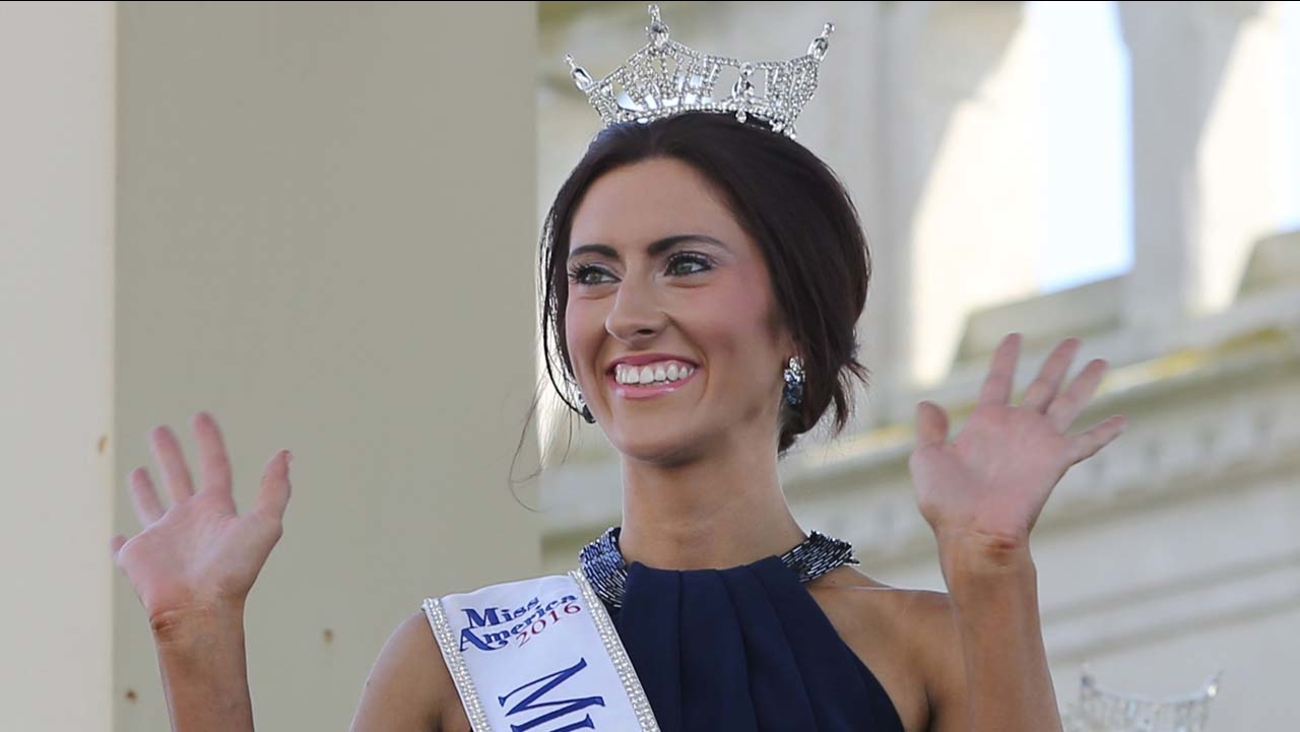 ATLANTIC CITY, NJ -- After competing in pageants for generations in the closet or working behind the scenes, gays and lesbians finally get to see one of their own take one of pageantry's biggest stages.

Miss Missouri, Erin O' Flaherty, will compete for the Miss America crown this weekend as the first openly lesbian contestant.

"Behind the scenes, we've been well-represented, but I'm the first openly gay title holder, so I'm very excited," she told The Associated Press in a recent interview. "I knew going in that I had the opportunity to make history. Now I get to be more visible to the community and meet more people."

Miss'd America took its name from the fact that many gay pageant workers toiled behind the scenes during Miss America and never got to see what was happening onstage.

Robert Hitchen of Philadelphia appears regularly in the Miss'd America pageant under the stage name Sandy Beach and recalled decades of behind-the-scenes work on pageants, including designing floats, and later riding on them in Miss America parades.

The "Show Us Your Shoes" parade that has become a fixture of Miss America, in which contestants ride in vehicles on the Boardwalk and show off their state-themed footwear, sprang from the interest of gay spectators, he said.

"We would watch the parade from the deck of a hotel and we'd look down into the cars and see some of the women wearing slippers or being barefoot, and we started calling out, 'Show us your shoes!'" he recalled. "We sort of embarrassed them into wearing these big elaborate shoes, which are the highlight of the parade now."

Antwan Lee, who won the Miss Gay America 2016 pageant under the stage name Asia O'Hara, would excitedly watch Miss America every year as a child and a young man, imagining what it would be like onstage.

"I would always gravitate toward celebrities and singers and actresses that had a high level of glam: beautiful, poised people who would live their life with a high degree of dignity," he said. "To see that on TV with 50 women, as a young gay boy, that's the first place you see such a concentration of that. I was like, 'Wow, look at all those beautiful women, all the class, all the glamor!' It's very alluring."

Lesbians have been more visible in pageants lately. Djuan Trent competed in the Miss America pageant as Miss Kentucky in 2011, when she finished in the top 10. She came out as a lesbian in 2014.

Patricia Yurena, two-time winner of the Miss Spain contest and a runner up in the 2013 Miss Universe competition, announced in 2014 that she is a lesbian, posting a photo of her and her girlfriend cuddling, titling it "Romeo and Juliet."

In 2012, two openly lesbian contestants, Jenelle Hutcherson and Mollie Thomas, competed in the Miss California USA pageant but did not advance to the national Miss USA pageant competition.

O'Flaherty is the first Miss America contestant to win a state title after coming out; Trent came out after competing.

Hitchen said the social activism of many Miss America contestants resonates with the gay community; the Miss'd America drag queen parody pageant raises $300,000 a year for local and national charities and has become the top social event of the year in Atlantic City's gay community.