Son says he shot his father, a former deputy, to protect himself and his mom 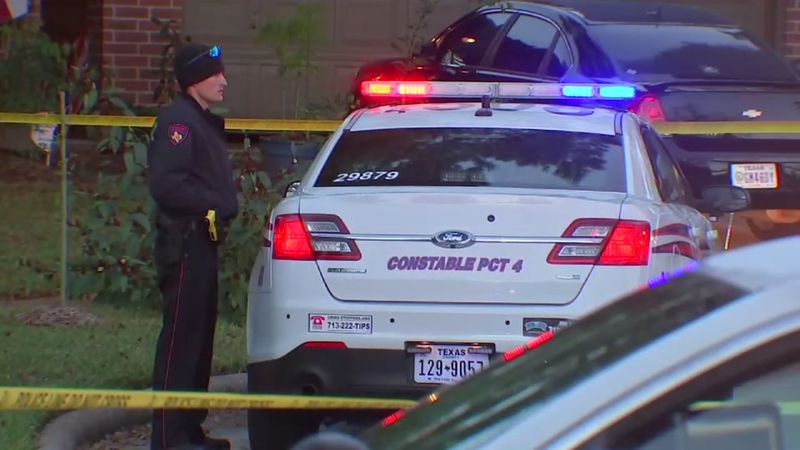 SPRING, Texas (KTRK) -- A retired sheriff's deputy was shot and killed by his own son. It happened just before 6 a.m. Wednesday.

Brian Merritt, 53, served in the Navy. Last year, he retired from the Harris County Sheriff's Office after a career spanning three decades, according to Sheriff Ed Gonzalez.

Neighbors say there have been several run-ins involving that retired deputy, and some are not surprised by the violence.

"It was some type of disturbance going on, possibly involving the deceased male and the female that were in the residence," said Sheriff Gonzalez. "We are still trying to piece all that together."

Detectives placed the son in custody shortly after arriving at the scene. He and his mother were interviewed by investigators for several hours, and then returned to their home.

Officials say they are investigating allegations of domestic violence happening at the hands of the victim toward family members.

Michael told Eyewitness News that his dad was violent, and that he shot his father to save his mom and himself.

"It was the only way to guarantee my mom and I's safety," Michael told Eyewitness News. "I had no way of knowing what he was capable of or what he was armed with. He could have done some very terrible things to us."

For several years, Michael says there were problems at the home he shared with his parents.

Son who allegedly shot father to death said he did it to protect his mom.

Michael said there were frequent physical and verbal abusive moments inside the home.

"He made sure not to leave any bruises so police wouldn't believe us," Michael said. "He thought we were defenseless."

As of Wednesday, there were no official arrests. Once the investigation is completed, the evidence will be presented to the Harris County District Attorney's Office for consideration.