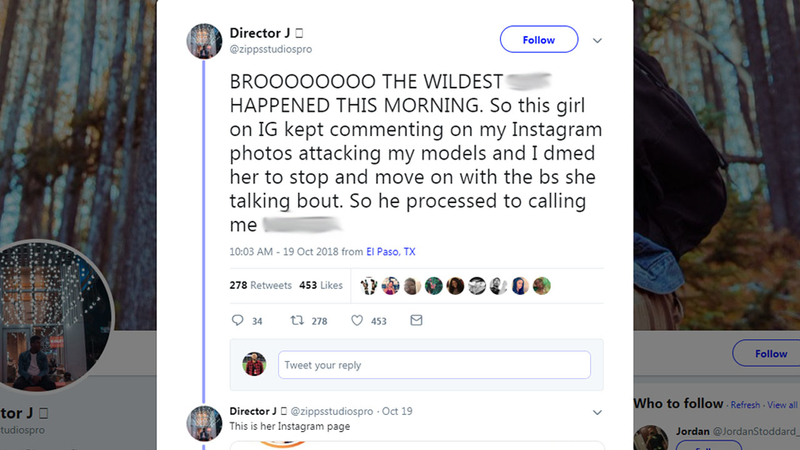 HOUSTON, Texas (KTRK) -- An intern with Houston Mayor Sylvester Turner's office has been fired after an online rant of her saying racial slurs has surfaced.

The University of Houston student, who has not been named, was caught leaving racist comments on a Houston filmmaker's Instagram.

Jerry Morka says the former intern left insulting remarks about a model under one of his videos. She then proceeded to say racial slurs, including the N-word, during a recorded phone conversation in which he confronted her.

"I was just trying to tell her what she did was wrong, and then she just went off on me," Morka said.

When asked if he was surprised about her calling him the N-word, Morka said no.

"She's done it before," he said. "She's actually called me the N-word before, but that time she deleted it from Instagram," he said.

"The city has immediately ended the student's unpaid internship with the Mayor's Office of Trade and International Affairs. Mayor Turner and the City of Houston strongly condemn hate speech and hateful acts."

"Obviously it's a terrible thing. I hate to see that happen to anybody, but when you do stuff like this, you deserve some kind of punishment. Really, I don't feel like she deserved to be in the position she's been (in) with the kind of mindset that she has, especially working at the mayor's office," Morka said.

The University of Houston says they are standing firm on the values of diversity and inclusion.