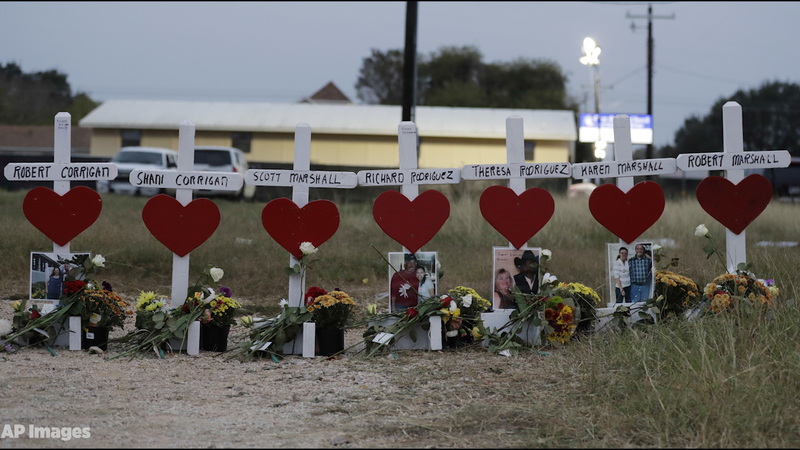 The shooting rampage in Odessa on Saturday was the fifth shooting in Texas in the last two years that took at least seven lives.

In September, nine people were killed in a domestic incident in Plano.

A football watch party turned into a mass shooting when a man opened fire during a gathering to watch a Cowboys game.

Seven people died at the scene, including the suspect who was fatally shot by an officer. Two others died later at hospital.

Two months later, 27 people were killed at a church in Sutherland Springs.

In May 2018, 10 students and teachers were killed at Santa Fe High School.

Dimitrios Pagourtzis, 17, carried a shotgun and a revolver into the high school and opened fire.

Authorities say he also had explosive devices, including a Molotov cocktail, that were found in the school and nearby.

In August, a gunman killed 22 people in El Paso inside a Walmart and the surrounding area.

This past weekend's shooting in Odessa took seven lives.

Seth Aaron Ator, 36, was stopped by state troopers, opening fire and fleeing the scene, shooting people at random. Police later shot and killed the gunman outside an Odessa movie theater.

Authorities say he used an AR-style weapon during the 10-mile long shooting spree.