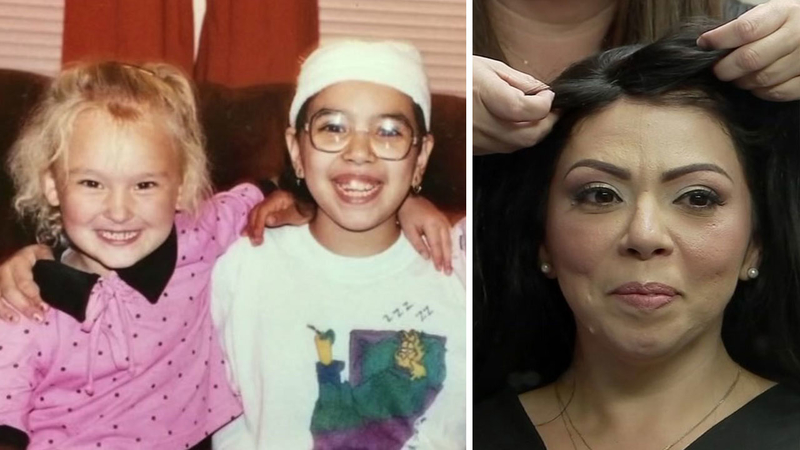 HOUSTON (KTRK) -- It has been 10 years since ABC13's own Marvin Zindler passed away in July 2007, but his legacy lives on through so many of the Houstonians he helped.

In his series "Marvin's Angels," he recruited local business owners to donate their services to help those less fortunate. Years later, one of the Houstonians who benefited from the good works of Marvin and his angels can't thank him enough for his generosity.

"I didn't look like the normal girls in the middle school," Laurie Sosa recalled of the freak accident that took her hair and skin from her scalp.

When she was 10 years old, the go-kart she was riding in caught her hair. Laurie said she remembers feeling a tug on her head.

"It was my ponytail that was getting caught in the motor and being pulled by the motor and my scalp was ripped off," she remembers of the terrifying incident.

"The accident left me with pretty much no scalp," Laurie said.

Houston surgeon Dr. Joseph Agris performed three surgeries on Laurie in the year after the accident to help restore her confidence around other children who had been mean to Laurie.

Still unable to afford a hairpiece to cover what hair she lost, it was then that Dr. Agris introduced Laurie to Marvin Zindler, who took her to hair specialist Tom Magliaro, one of Marvin's "Angels."

"It was highly charged emotionally," Magliaro said, remembering those first moments with Laurie. "I felt so sad to see her this way."

Magliaro and his team created a hair system for Laurie using a membrane with real hair attached to it that she could wear in the area where she was missing hair.

"I went through a very traumatic experience and a lot of people don't understand that your identity as a girl, as a woman, a lot of it is your hair," Laurie said. "I didn't understand it until it happened to me."

Today, Laurie still visits Magliaro for her hair treatments at TM Hair Restoration Houston, a place that has become like home for her.

"It brings tears to my eyes. Marvin was an incredible man, very special. He became family. Tom Magliaro and his staff became family," Laurie said.

After a total of 34 surgeries on her scalp and spending so much time in hospitals, Laurie is now paying it forward with a career in cardiovascular surgery in the Texas Medical Center.

To this day, Laurie is grateful to Marvin and his angels.

"I honestly believe that if it wasn't for Marvin or for Tom, I wouldn't be here," Laurie said.

Steve Campion and Pooja Lodhia got exclusive access to the property to show us what it looks like today and discuss future plans for the site.