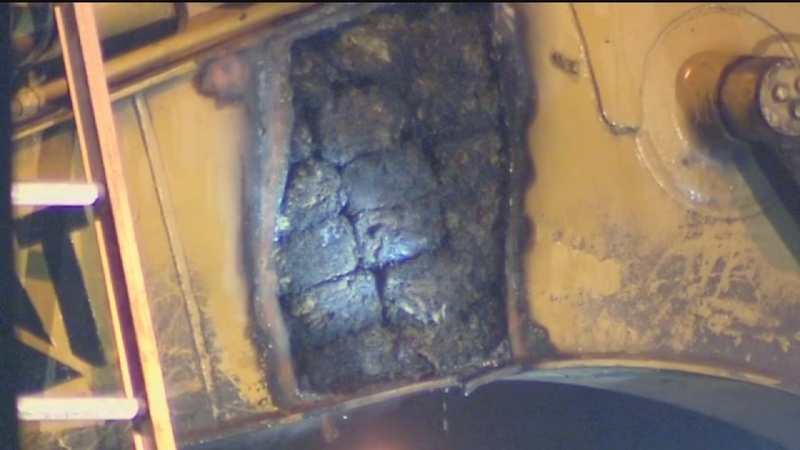 HOUSTON (KTRK) -- Authorities found marijuana hidden inside a boom of an excavator in downtown Houston.

A truck driver was pulling the excavator when undercover police officers made an initial traffic stop at the South Beltway and Highway 59.

The excavator was then towed to downtown Houston where police officers and firefighters could process it.

In the cavity of the arm of the excavator approximately 60 bundles of marijuana was recovered. Each bundle police say weighs approximately 10 pounds. The evidence is being processed by investigators right now.

Investigators also found 13 Kilos of Meth hidden inside the excavator.

They were able to question the driver of this truck that was towing the excavator. No charges have yet been filed.