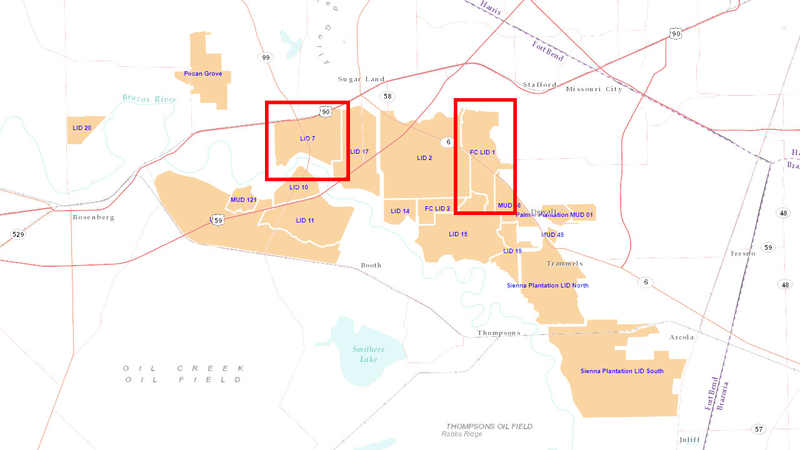 All other Sugar Land and ETJ residents within levee districts are under voluntary evacuations at this time, Judge Robert Hebert said.

Judge Hebert advised residents can't go east into Houston, but they can still go north and west. Most roads going north to west are open right now, but they will start to close around 3pm due to high water

If residents wait to leave, they will have to wind their way through many detours in the county. By 7pm or 8pm tonight, more roads will be covered with water. As many as 100 roads were already blocked as of 5am.

People in mandatory evacuation areas need to be moving by 4 p.m. to either evacuate or get to a shelter, according to Judge Hebert.

If everyone in both the mandatory and the voluntary evacuation orders left their homes, 130,000 people would get on the roads in Fort Bend County.

For the 50,000 people who live along the San Jacinto River in the western part of the county, in low-lying areas along the Brazos River and in the 10 special districts that operate levees, evacuating is not optional.

Here is a map of the evacuation zones.
The National Weather Service issued a forecast showing the Brazos River rising to an elevation of 59 feet on Tuesday.

"The weather bureau has raised it from 56.1 feet at the Richmond bridge to 59 feet," Hebert told Eyewitness News. "When it went to 59 feet, that constitutes about an 800-year flood."

Hebert said flood management levies are only geared to protect against 100 and 200 year floods.
"We have a forecast that tells us that our levies may be overtopped or flooded by just the fact that the river rises higher than they are designed to protect," Hebert said.