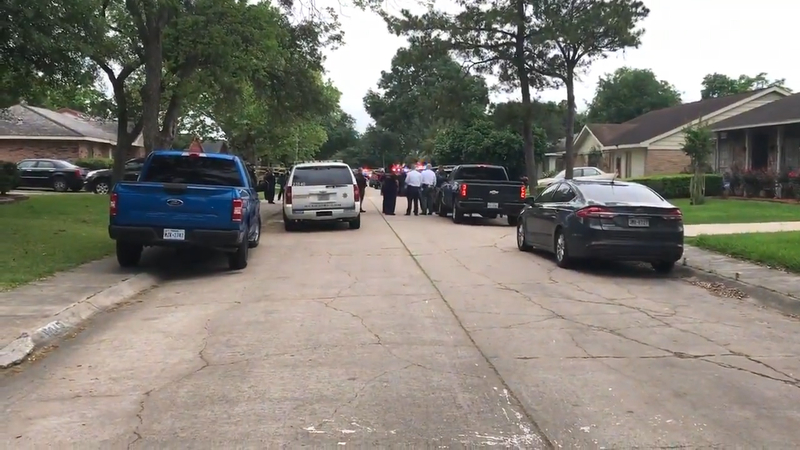 MISSOURI CITY, Texas (KTRK) -- A neighbor keeping watch over a home that had been previously burglarized has died after confronting a Harris County deputy Wednesday morning in northeast Missouri City, authorities said.

It happened around 6 a.m. in the 15100 block of East Ritter Circle in the Fondren Park neighborhood.

Preliminary info: A deputy in plain clothes was on duty in the 15100 block of E Ritter Circle when a male approached the deputy with a gun. The deputy shot the male, who fled a short distance before collapsing dead. The deputy is unharmed. PIO is en route. #hounews pic.twitter.com/zj3Qd6koZT

The man approached the deputy, who was in an unmarked vehicle, and used his cell phone as a flashlight to look into the vehicle, authorities said. When the deputy rolled down the window, the man raised what appeared to be a pistol.

The deputy fired two shots and struck the man, who stumbled away before collapsing. He was pronounced dead at the scene.

The deputy was working with the Gulf Coast Violent Offenders Task Force on an unrelated search for a capital murder suspect from Dallas County, according to the Harris County Sheriff's Office.

The weapon involved turned out not to be a firearm. It may have been a BB gun, authorities said.