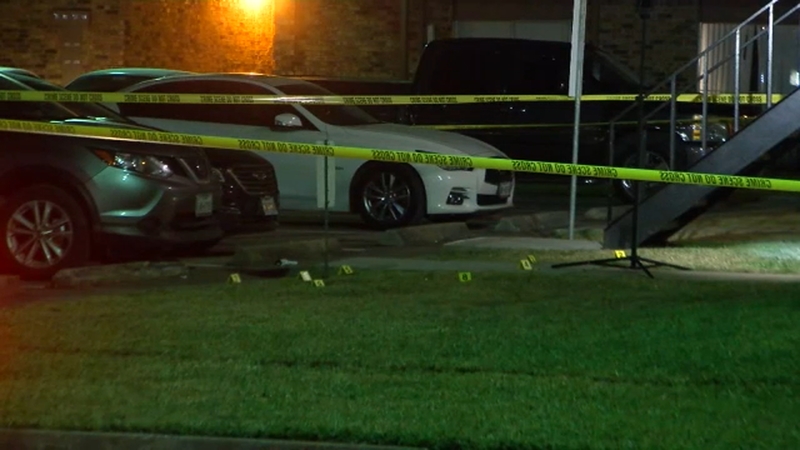 Police searching for suspect who shot and killed Baytown man

BAYTOWN, Texas (KTRK) -- A killer is on the run after shooting a man to death in Baytown.

Around 11:15 p.m. Monday, police say David Lavinge, 59, was shot and killed at the Sterling Bay Apartments on Quail Hollow near West Baker.

Police say they were responding to a "shots fired" call at the apartment complex when they got a 911 call from a woman at the complex who said that her husband had been shot.

Police found Lavinge lying inside the doorway of his apartment with a gunshot wound to his abdomen. They began administering CPR until paramedics arrived.

A viewer sent ABC13 video of a Life Flight helicopter taking off moments after a man was shot.

Doctors tried to save him, but he died at the hospital.

Homicide Detectives say Lavinge was shot multiple times after someone knocked on his apartment door and he opened it.

Detectives are investigating and ask that anyone who may have any information about this case to please contact the Baytown Police Department Homicide Unit at 281-420-7181 or Baytown Crimestoppers at 281-427-TIPS (8477).

They are offering a reward of up to $5,000.
Report a correction or typo
Related topics:
baytownshootingman shotman killed
Copyright © 2021 KTRK-TV. All Rights Reserved.
More Videos
From CNN Newsource affiliates
TOP STORIES