Houston rapper dies at gas station after being shot in head 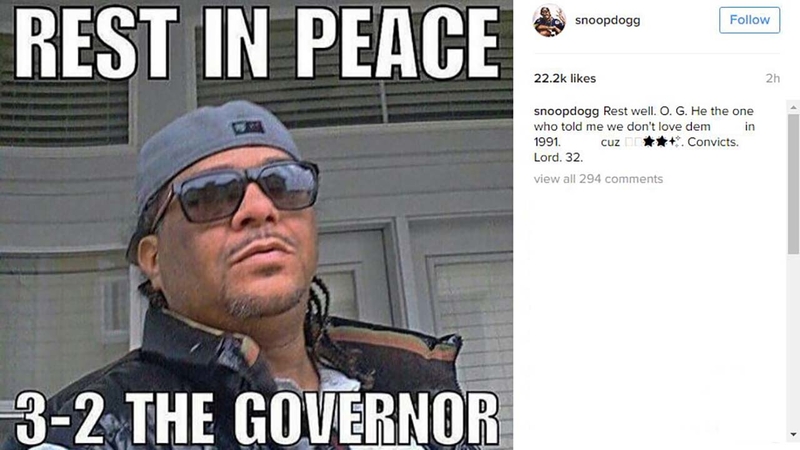 HOUSTON (KTRK) -- Investigators are trying to figure out why someone would shoot a man in the back of the head at a southwest Houston gas station overnight.

Barriere, known as Mr. 3-2, was a member of Houston's Screwed Up Click. While signed to Rap-A-Lot Records he was involved with three groups: The Convicts, Southside Playaz and Blac Monks, and released one solo album. He has collaborated on tracks with Snoop Dogg, UGK, Scarface, 8 Ball & MJG, South Park Mexican & Too $hort.

According to investigators, the suspect dove away then came back and shot another victim in the face.

Houston police say there were four men at the gas station Thursday night, and that the men all know each other.

Police say two of the men went inside the store and one of the men outside pulled out a pistol and shot the first victim in the back of the head.

The suspect then drove away but came back.

According to investigators, he had a shotgun and fired it at the second victim, hitting him in the face and other people who were simply at the gas station at the wrong time.

"Unfortunately the shot gun blast, not all the pellets hit its intended target and continued past and struck multiple other targets including another witness who was shot in the leg," HPD Sgt. Michael Arrington said.

The suspect drove away in a white or grey four-door car.

Police are looking at surveillance video and hope that will help them find the suspect.
Related topics:
houstonhomicide investigationshooting
Copyright © 2022 KTRK-TV. All Rights Reserved.
TOP STORIES
51-year-old on the run as suspect in corporal's ambush killing
Sergeant was to walk daughter down aisle until his hit-and-run death
Mom shares story of son's 'scary' battle with COVID complications
Drying out but staying cool this week
Texas among states suing Google over claim it's misleading consumers
Man accused of stabbing K-9 in The Heights now charged
'We knew something big exploded': ABC13 recalls moment of Watson blast
Show More
12-year-old hurt in crash with speeding tow truck that killed 2 adults
Dad charged and fired from job after racist tirade posted on TikTok
Bad Bunny announces stadium tour stop at Minute Maid Park
Here are your headliners set to perform for the BBQ Contest at NRG
5 tax changes that can boost your refund this year
More TOP STORIES News