Man shot in the head in southwest Houston 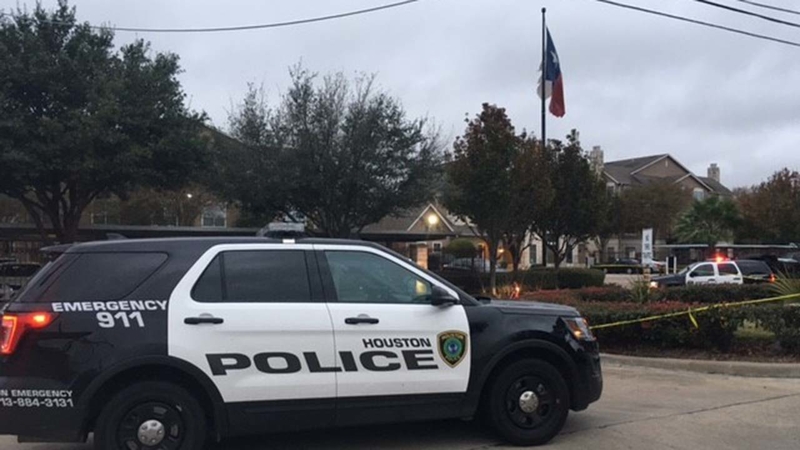 HOUSTON (KTRK) -- A man was shot in the head this morning in southwest Houston and police say it was all caught on surveillance cameras.

The shooting happened on Hunton near Westpark just after 6am.

We're told the video shows several people getting out of a dark-colored car, surrounding the victim's Toyota Camry and one person fires shots.

Houston police say the man is in "very serious condition" at the hospital. A detective told us the man in his 30s was shot multiple times. He was found in the driver's seat of a Toyota, hanging out of the vehicle. It appears that victim owns the car. When police arrived, no one else in the car.

HPD's Todd Tyler said, "We have a lot of questions to ask and, as usual, if anyone has seen anything we ask them to call Crime Stoppers."

There are no known witnesses at this point.

A woman told us when officers arrived, she couldn't believe it. "It's always quiet," she said. "We have never had anything like this. This is very shocking."

We'll bring you the latest as soon as it becomes available.

Keep checking back on this page to get real-time updates as this story unfolds. To get alerts for breaking news, download the ABC13 news app for iPhone or Android. You can also get breaking news alerts sent to you by email.
Related topics:
houstonshooting
Copyright © 2021 KTRK-TV. All Rights Reserved.
TOP STORIES
Man stabbed to death during fight outside north Houston restaurant
Innocent driver killed, passenger injured in crash with DWI suspect
2 people shot outside Texas City's Mainland City Centre
Texans face Jets at home after last week's end to 8-week losing streak
Portion of yellow lot closed as Astroworld investigation continues
Driver killed in fiery crash along I-69 was speeding, police say
Cloudy Sunday with temps in the 60s
Show More
Netherlands confirms 13 cases of omicron variant; Australia reports 2
Vaccine inequity, hesitancy made omicron more likely: Scientists
Fauci says omicron variant will 'inevitably' arrive in US
What is omicron? What to know about new COVID variant
At least 6 people killed in Houston area since Thanksgiving
More TOP STORIES News