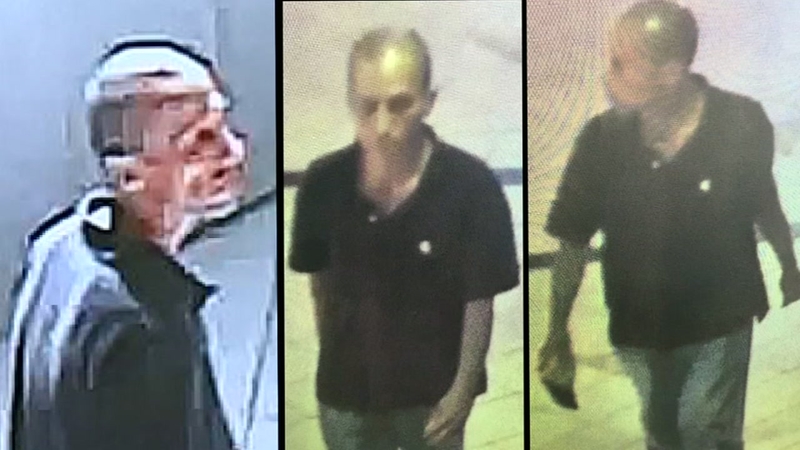 CYPRESS, Texas (KTRK) -- Detectives are hoping surveillance video will help lead them to the person who killed a 62-year-old woman in Cypress.

Pamela Johnson was found dead inside her home in the 12400 block of Bent Pine Drive Friday night.

Officials with the Harris County Sheriff's Office have now identified a man wanted for questioning after Johnson's maroon-colored Chrysler PT Cruiser, which had been missing from her home, was found at Willowbrook Mall on Sunday.

Late Sunday, officials released a video of the man they believe dropped the car off at the mall.

Surveillance video shows the man parking the car. He then walks into the mall and leaves on the other side from where he left the car.

Detectives say he was only inside the mall for about 10 minutes, and he didn't buy anything.

"We can't solve these by ourselves. Identifying this guy is going to be key to solving Miss Johnson's murder. I know he is identifiable by this video and the public's help is absolutely critical," said Sgt. David Crane with the Harris County Sheriff's Office.

At this time, detectives are only calling the man a person of interest, not a suspect.

The memorial outside Johnson's home continues to grow. Her co-workers from Kroger held a vigil to remember her Sunday night.


Johnson's younger sister, Tresa Wilkins, told ABC13 that Johnson loved people and never let her disability of being mostly deaf stop her from pursuing a job and providing for herself.

The memorial outside Pamela Johnson's home has grown as a break in the case is helping investigators move forward.

Johnson's husband died a few years ago. She was always thinking of others and giving small gifts to show her love, Wilkins said.

"It made you know she was thinking specifically of you. It was very meaningful. That's another reason why this...if the point of this whole thing was a robbery attempt gone sour or something, I don't know. They must not have known her because they would know she didn't have expensive tastes. She didn't have expensive things. She led a very frugal, simple life. She wanted to pay her own way and not have debt," Wilkins said.


Her family will hold a memorial service once authorities are done with their investigation. Detectives say there was a home invasion at another home nearby before Johnson was found dead. The home invasion is also being investigated, but officials are not sure if the two cases are related.

Neighbors of the woman who was found dead in her home are speaking out.