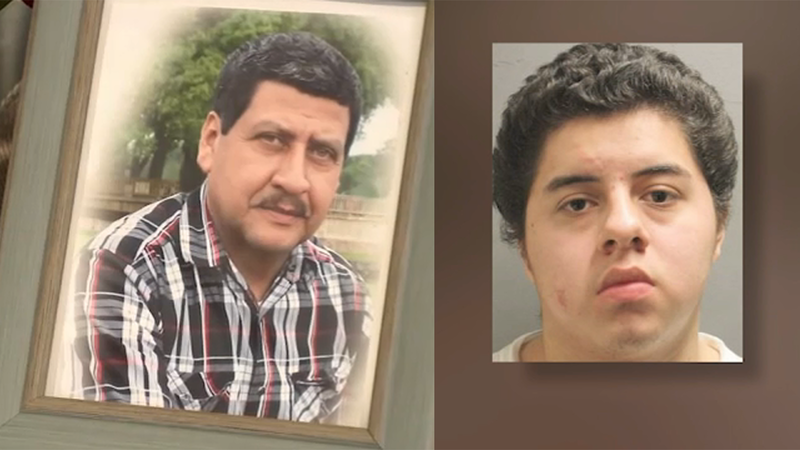 Family furious murder suspect is accused of killing someone else

HOUSTON, Texas (KTRK) -- After four years of grieving in private, the daughter of a man murdered during a violent home invasion is speaking up. Her father's accused killer is charged with killing someone else while out of jail on bond, according to authorities.

"It's too much. Something needs to be done. Someone needs to take accountability for what they're doing," said Ena Jeter. "We're very, very angry. It's already been four years and now this happened."

Silvano Cortez, was shot to death inside his Greenspoint-area home in 2017 in front of his wife and with their two young daughters nearby. His accused killer, Jonathan Vera, was charged with capital murder in 2018, but two other suspects remain at large.

In January of 2022, 20-year-old Vera was charged with manslaughter after police said he ran a red light and caused a crash that killed 23-year-old Summer Chester and then ran away from the scene. Vera was out of jail on the capital murder charge on a $50,000 bond, which was reduced from $250,000 by district court judge Natalia Cornelio.

Jeter said she and her family never even knew.

"I was very shocked, angry, and then he (Jeter's lawyer) told me (Vera) had killed someone else in a crash, and it was a 23-year-old girl, and I just broke down," Jeter said. "I couldn't believe he was out on such a low bond and then he went and took someone else's life and put another family through this pain we've been dealing with."

Chester was a senior at Texas Southern University and wanted to become a teacher.

Cortez had eight children and 10 grandchildren. Jeter said her father was hard working and a God-fearing man.

"We need to speak up and demand someone explain to us how this could happen," she said.

"The law prohibits me from commenting on a pending case," Cornelio told ABC13.

She cited ethics rules when questioned about cases.