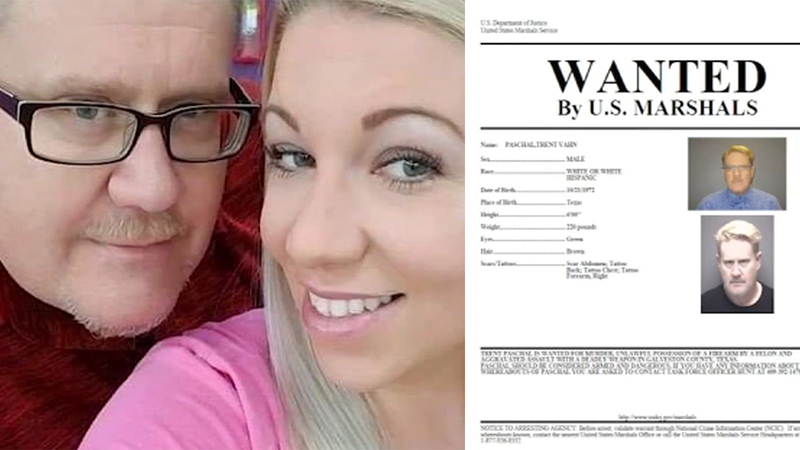 Man accused of wife's murder on the run after armed robbery

HOUSTON, Texas (KTRK) -- A man accused of murdering his wife ditched his ankle monitor and robbed a car salesman at knifepoint, and has not been seen since, authorities said.

Paschal was out of jail on bond after being charged in Galveston County with the ambush killing of his wife, Savannah Paschal, last October. He is also charged with aggravated assault with a deadly weapon and felon in possession of a weapon.

Additionally, he is charged in Harris County with aggravated assault on a peace officer. His bonds totaled $550,000.

‘Armed and dangerous’ U.S. Marshals are looking for Trent Paschal. He is accused of murdering his wife last October & then, while out on bond, police believe he ditched his ankle monitor & robbed a car salesman in Houston at knifepoint. He hasn’t been seen since April 13. #abc13 pic.twitter.com/oT5dfMNAHi

"We need to look at how we treat convicted felons and people who have a long history, especially an aggressive history," Savannah's father, Michael Kinchen, told ABC13. "I believe, personally, that process needs to be reviewed."

Kinchen said he and his wife have been living on edge and in mourning for months.

"I miss her everyday. Every minute of every day. I really do," he said.

Savannah, 30, was fatally shot in the couple's home in La Marque on Oct. 21, 2020, while their two children were at school. Police said Paschal fled. Harris County Sheriff's Office deputies tracked him to a Walmart parking lot in north Harris County that night.

A deputy shot Paschal because he would not drop his gun as they tried to arrest him, said investigators.

Wearing an ankle monitor was a bond condition, but on April 13, investigators believe Paschal left his monitor at home while he robbed Jack Ford, a car salesman, at knifepoint during a test drive.

"He pulled out a knife and told me to get out of the car," said Ford. "I had weird vibes about the guy, like something wasn't right, but I didn't think he was going to steal a car."

Ford works for USA Brokers on N. Shepherd. He said Paschal, who was captured in surveillance images, asked to test drive a black Chevy Tahoe and then stole it. The dealership would like it back.

Paschal's bonds have been revoked. His attorney, Nicholas Poehl, said he had not spoken to Paschal in several weeks. Poehl has withdrawn from the case.

"He's not making it any better by running," Poehl said. 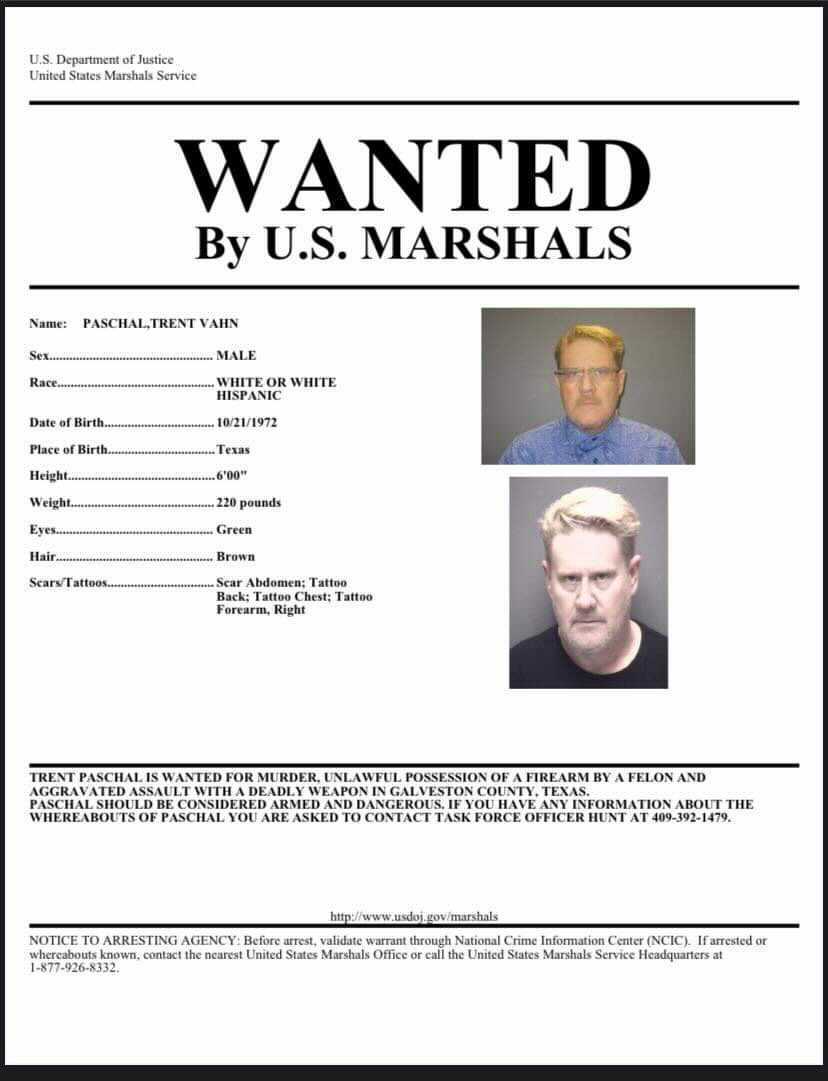 Kinchen, who is raising the couple's children with his wife, urges the public to be on the lookout.

"I would not confront him. I would not associate with him. If seen and identified, I would contact the police immediately," he said. "He has done so many things in the last six months that I would have never predicted."

Paschal was last seen in the 2013 black Chevy Tahoe. It has black rims, chrome mirrors and chrome door handles.

Anyone with any information on Paschal's whereabouts is urged to contact local police or Task Force Officer Hunt at 409-392-1479.