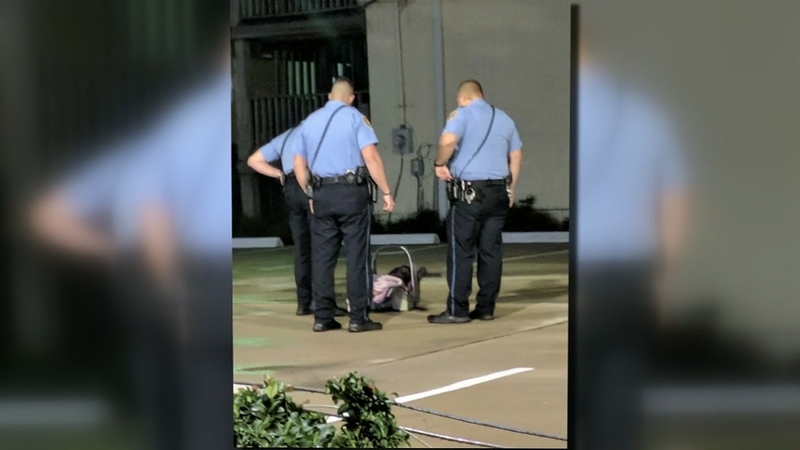 GALVESTON, Texas (KTRK) -- "I saw this baby seat sitting in the middle of the parking lot and I thought it looked a little odd."

Stephen Ward called police and then snapped this photo. He posted it to Facebook, leaving everyone to wonder how in the world this baby girl ended up in the middle of parking lot all alone.

"I was shocked," Ward said.

Here's the backstory: Galveston police said a mom and dad came to this washateria on Broadway Monday night around 7 p.m.

In the blink of an eye, someone jumped in the car and took off.

The family's car with the 4-month-old baby girl inside was gone.

Minutes later, the perpetrator realized that there was a child in the backseat approximately 10 blocks away, and found a well-lit area to place the child.

Stephen came along, who for some reason says he suddenly had a taste for some Church's Chicken.

The restaurant was right next door to the church where the tiny baby was left all alone.

"I almost didn't go down that way, almost went straight home, but something told me to go down go down there," Ward said.

It was dark and slightly cold when he noticed the car seat on the ground.

"The baby had a blanket on and had a bottle and was just content sitting in the parking lot," Ward said.

Stephen called police and the mystery baby was reunited with her parents.

The car and the suspect are still nowhere to be found, but the good news is the baby is safe.