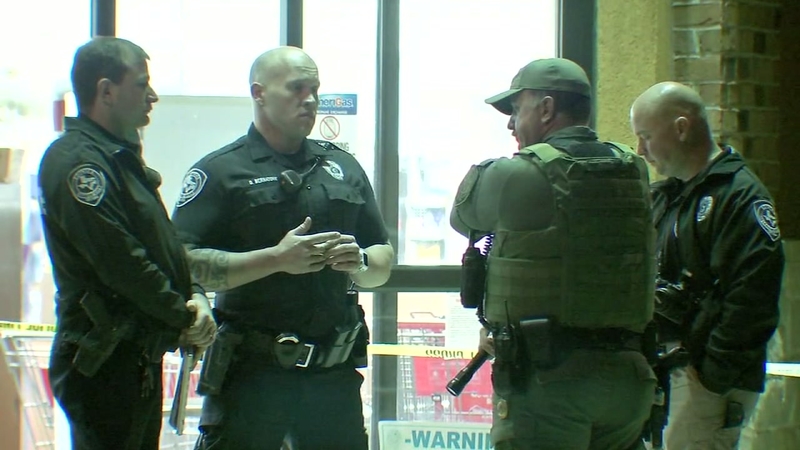 LEAGUE CITY, Texas (KTRK) -- Sheriff's deputies are investigating after a League City police officer shot and killed an unknown man while searching for an armed robber.

There are very few details about the person shot and killed by police, other than he is an "unknown aged male."

The situation began when League City police received a call about a robbery at the CVS store at 1295 E. League City Parkway around 5:30 p.m.

When officers arrived, they found a female clerk injured at the store. She was able to give police a description of the suspects.

During a search of the immediate area, an officer came across an unknown aged male in a neighborhood.

The officer ended up in an altercation with the man, and at some point shot him to death.

We do not know the name of the person killed by police, or whether this man was one of the robbery suspects.

Back in the neighborhood where the shooting occurred, there is a bright light illuminating the scene.

The neighborhood has been blocked off by crime tape, and sheriff's investigators appear to have a long night ahead of them as they piece together what happened.