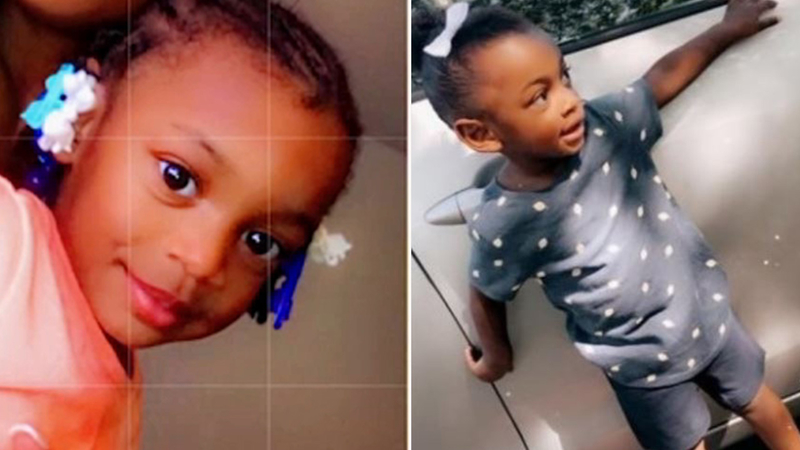 HOUSTON, Texas (KTRK) -- The medical examiner has officially ruled 2-year-old Maliyah Bass' death a homicide and the primary cause of death homicidal violence.

The ruling came down three months after the Houston girl's body was found in Brays Bayou, and more than a month after Houston police arrested the girl's mother and the mom's boyfriend as suspects in the case.

Sahara Ervin and Travion Thompson, both 21, were each charged with tampering with evidence and injury to a child, serious bodily injury. So far, following the medical examiner's ruling, Ervin and Thompson's charges have not been upgraded. The Harris County District Attorney's Office says they are still reviewing the evidence.

"It doesn't change anything. It just strengthens their case," former prosecutor with the Harris County District Attorney's Office Brent Mayr told ABC-13. Mayr is now a criminal defense attorney. He is not associated with the case, but says charges may never be upgraded.

"Both of those (charges) are first degree felony offenses, the same degree felony as murder. Murder requires a prosecutor to prove they intended to cause the child's death, so rather than make it more difficult for them, they charge injury to a child," said Mayr. "They will still be facing up to life in prison whether it's a murder charge or injury to a child."

Ervin is due in court on Dec. 16. Thompson's next appearance is scheduled for Dec. 17.

"Given the level of violence and abuse in the household against Sahara and her daughter, it is not surprising that the medical examiner has ruled this a murder," Ervin's attorney, Angela Weltin said in a statement. "The death of Sahara's only child continues to be painfully heartbreaking."

"Mr. Thompson is still cloaked in the presumption of innocence because of our great constitution. We are still investigating," wrote Thompson's attorney, Tyrone Moncriffe in a text to ABC13.

Both remain in jail, with Ervin's bond at $175,000. Thompson was denied bond because he was on probation for a prior felony, according to court records.

Maliyah was initially at the center of an Amber Alert after her mother said she left the toddler alone on the playground outside of their apartment for a couple of minutes while she cooked breakfast the morning of Aug. 22. In the wake of the disappearance, Ervin and Thompson spoke to reporters and cried in front of cameras.

Thompson told police they disposed of her body in a storm drain at their apartment complex on Aug. 22, the same day they reported her missing. Investigators wrote in court records that they recovered surveillance video showing Thompson carrying a trash can. Maliyah was found in Brays Bayou on Aug. 23.

Much of the search centered around their complex on Wilcrest in southwest Houston.

The video above is from an Oct. 6, 2020, report on the arrests of Ervin and Thompson.