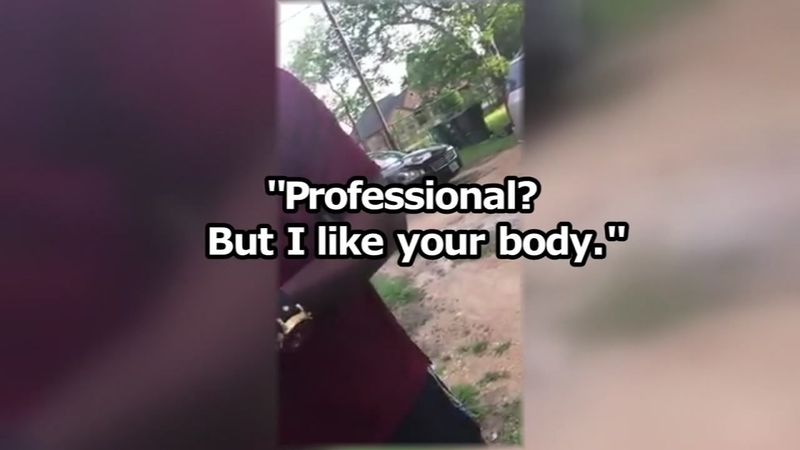 HOUSTON, Texas (KTRK) -- Uber has fired a Houston area driver after he's seen on camera, asking a passenger for sex.

Madison Campos said she called for an Uber on May 23 to pick her up from an eyelash appointment. The driver picked her up from the store. She said as they were heading home, he started to become inappropriate.

Campos got out of the car once they got to her home and started recording the incident on her cell phone.

On the video you see the driver say, "I want to sleep with you, that's it."

Campos said the driver asked her to sleep with him. After he kept persisting, she started recording, concerned over what he may do next.

"I don't think he knows I'm transgendered. I was like, 'okay, this is really awkward,' so I put my phone on the side," said Madison Campos, an Uber passenger.

In the video, Campos repeatedly told him she wasn't interested.

Here is part of the exchange:

Campos: "You're supposed to be professional."
Man: "Professional? But I like your body."

Uber has fired a Houston area driver after he's seen on camera, asking a passenger for sex.

She said he eventually left, but not before threatening her. She says she immediately called Uber.

"I just want him to know that wasn't right for you to do that. And imagine how many other people he's done that to," said Campos.

Uber sent us a statement saying, "The behavior the rider reported is unacceptable. Once we were made aware of the incident, we removed the driver's access to the app."