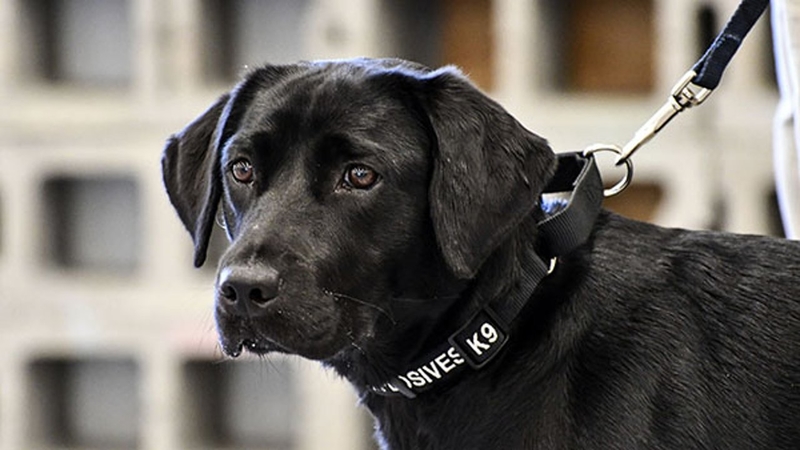 WASHINGTON -- A puppy lost its love for sniffing out bombs and the CIA lost a recruit.

Lulu wasn’t interested in searching for explosives.
Even when motivated w food & play, she was clearly no longer enjoying herself. pic.twitter.com/puvhDk1tRX

Even food and play couldn't motivate her. Lulu sought a different future.

Sometimes a pup is bored & needs extra playtime, sometimes they need a little break, or it’s a minor medical condition like a food allergy. pic.twitter.com/pPaBPohhqB

She found one with a loving handler, who adopted her.

Now, instead of spending days finding blast materials and terrorist devices, the CIA says Lulu plays with kids and sniffs out rabbits and squirrels in the yard.

We’ll miss Lulu, but it was right decision for her & we wish her all the best in her new life!https://t.co/nPZl6YWNKb pic.twitter.com/Mbcr9C7wUY

"She was clearly not enjoying herself any longer," the CIA said of its erstwhile detector dog.

Of her new civilian life, it said: "This was the right decision for her. We wish her all the best."

ICYMI:
Lulu is no longer training, but was adopted by her handler & currently living her best life in retirement.https://t.co/nPZl6YWNKb pic.twitter.com/V3yRv5Tna9