Man reunited with dog he thought had died in California wildfire 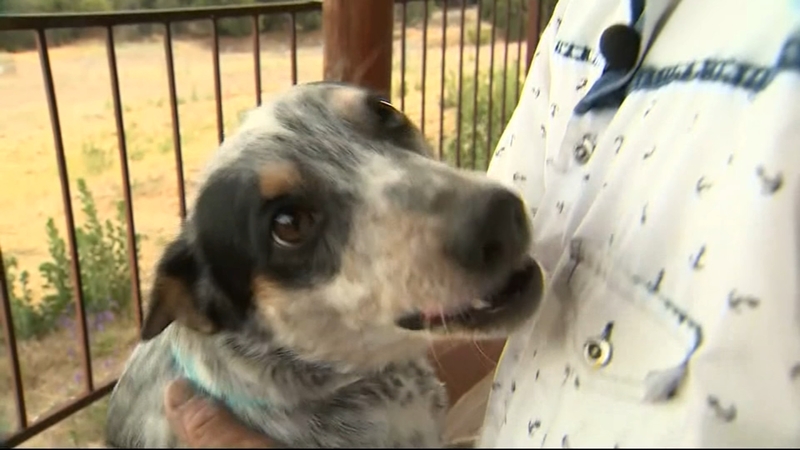 Man reunited with dog he thought had died in California wildfire

The fire started coming over the hill behind Skeens' home.

"It was one big orange flame all the way around the house, and I thought... I thought we were going to die."

The flames pushed right up to Skeens' deck, but firefighters stood their ground and saved Skeens' home.

But the threat was not over.

The flames soon pushed a wave of wild animals out of the hills and onto Skeens' property.

"He was chasing a coyote three times his size."

Firefighters actually found Buck farther out into the fire line. They thought he was burned, but he wasn't. The firefighters carried Buck back to safety and handed him over to animal control officers.

Days later a worker with animal control ran into Skeens and listened to his story about losing Buck. The worker put two and two together and was able to reunite the best friends.

"As soon as she handed him over to me, he got all happy," Skeens recalled.