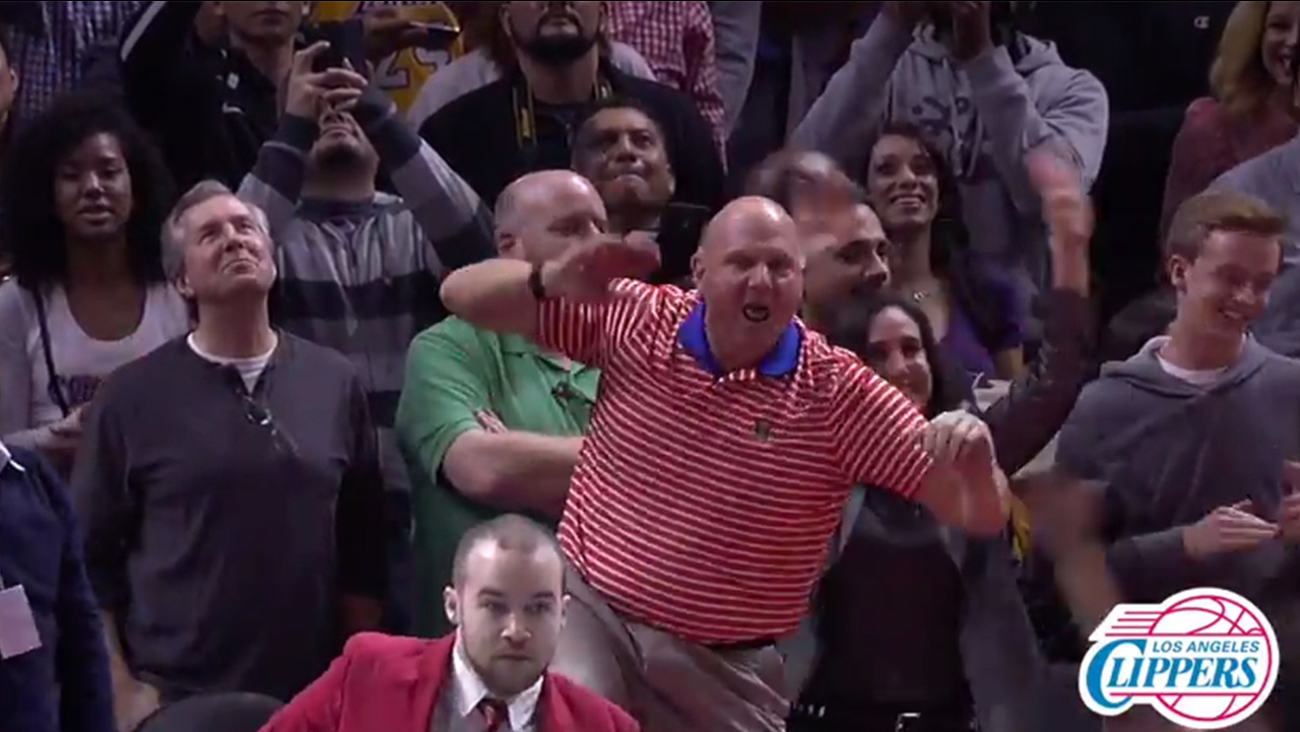 Looks like Los Angeles Clippers owner Steve Ballmer wants to audition for "Dancing With the Stars."

As pop musician Fergie performed in-between quarters during the Clippers/Lakers Wednesday night matchup, the camera panned over to Ballmer, who then enthusiastically showed off his grooviest dance moves.

Ballmer purchased the Clippers in August of 2014 after former owner Donald Sterling was banned from the NBA for life after recordings of him making racist comments were made public. Unfortunately for Ballmer, a billionaire and former Microsoft CEO, it looks like he won't be able to add good dancer to his resume anytime soon.

Fortunately for the Clippers owner, Fergie was a bit more accepting of Ballmer's dance moves, even sitting next to him at one point during her performance.

Fergie is sitting courtside with Steve Ballmer and Gillian Zucker and was inspired to sing after the first quarter. pic.twitter.com/xbd3HrMDrW