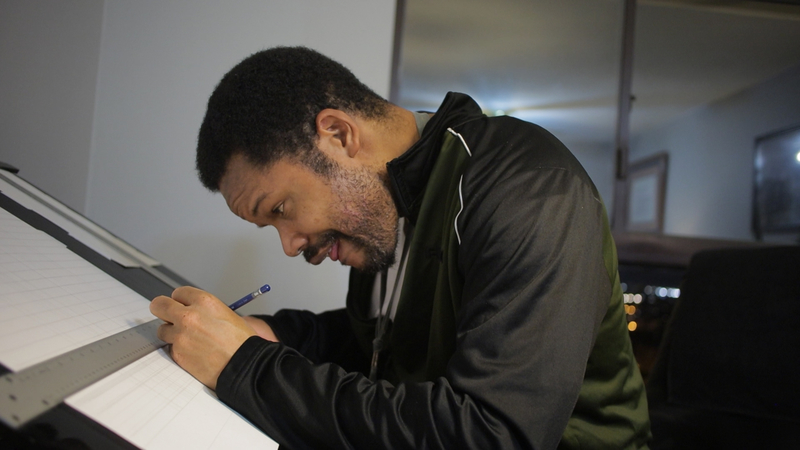 CHICAGO -- The city of Chicago is known for its beautiful buildings and famous landmarks.

This is something that inspired local artist, Kareem Davis, to highlight the city's structures with renderings from the past, present and future.

Davis said he was inspired to draw when he was younger after taking a trip with his family.

"In the summer of 1984, my dad took me and my older brothers on a trip to Florida, and I was inspired by all the buildings and monuments," David said.

Kareem is an artist with local non-profit art gallery, Project Onward. Their mission is to help highlight and promote adult artists who lives are impacted by developmental disabilities and mental illness.

"The artists usually are introduced to us through school or a transitional program and if they have that initial artistic ability," said Robyn Jablonski, Project Onward operations manager. "After we look at their portfolio, if we feel like they're a right fit for the program then we'll work with them and give them a three month trial period, and then after that, they're in the program for the foreseeable future."

Kareem has been a member of Project Onward going on six years. A friend of his reached out to the organization after seeing his artwork.

"When Kareem came to us and we saw his portfolio, we were stunned by the line work and the detail, and just the patience he had," Jablonski said. "He was one of two artists that we accepted automatically."

Project Onward provides free supplies to their artists and then serve as an agent to help sell their work online or partner with local galleries to hold showcases.

The studio has its own gallery where artists would come together and create in a community, but due to COVID, the artists are now forced to create at home or visit the studio in shifts.

Now, the organization mails utensils and supplies to the artists home.

"I use an eraser shield when I use my drawing board, and I use different drafting pencils and rulers to get the lines and the shading the correct way," Davis said. "I like my lines to be straight and precise."

Kareem's work on the organizations site is what caught the attention of Western Exhibitions gallery owner, Scott Speh.

"I would go to Project Onward's site often and buy work from them. I saw one of his pieces on the site and I was captivated by the precision of the work but also by the way he wrote text," Speh said.

Davis includes a note with each drawing that details what the image is, like The 700 East 56 Street Luxury High Rise or The New Obama International Hotel And Suites, which Davis said is a proposal for a future hotel after the opening of the Obama Presidential Center.

In his exhibit, A Draftman's Dream, viewers are shown a uniquely detailed view of some of Chicago's most notable landmarks, including some that are completely of out his imagination.

Many works are of the Chicago Housing Projects, the majority of which have been torn down with his focus being on the simple beauty of these constructions.

"You can see the love and the care that he puts into each piece," Jablonski said.

Davis work shows a focus on the simple beauty of these constructions in a way that is not normally taken note of.

"When we choose an artist to put on a show, we want to introduce them to the world, and we also want to sell their work," Speh said. "It's a two-fold thing, its the idea of education and sharing ideas with the community because art galleries are free to visit. Its probably the best deal in culture right now."

Davis' work was on display and for sale at Western Exhibitions gallery until April 10. 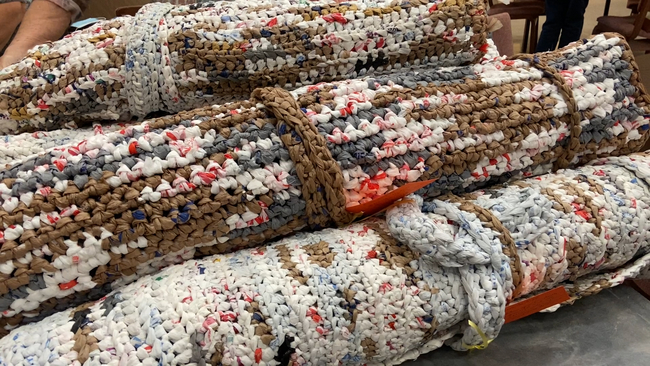 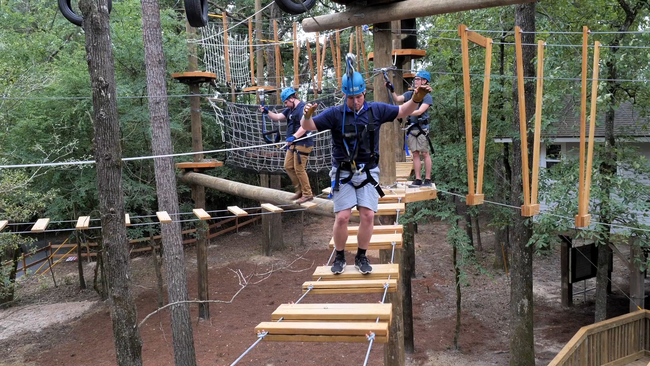 Hungry Like the Wolf takes you back to the '80s!
More Videos
From CNN Newsource affiliates
TOP STORIES