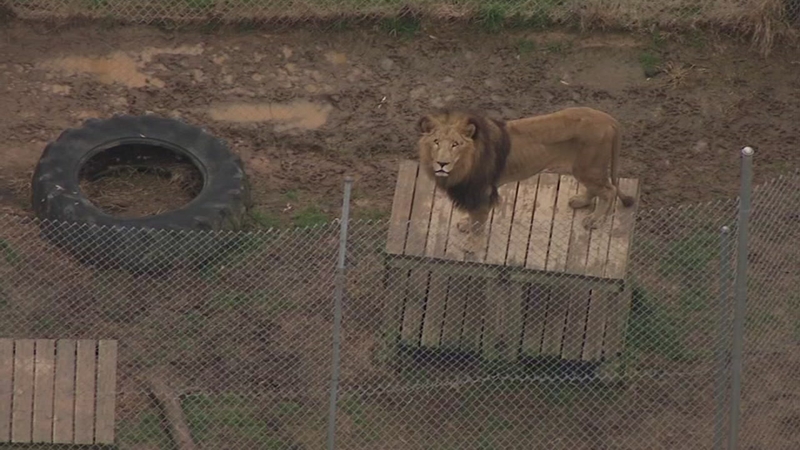 BURLINGTON, North Carolina -- A newly released police report details the chaotic moments after a lion attacked and killed a college intern at the Conservators Center in Burlington over the weekend.

According to the report, it ultimately took three tranquilizer darts and eight gunshots to put down the lion, named Matthai.

The report details the timeline of events as follows: