Person of interest in stabbing of DePaul graduate caught in Texas, police say 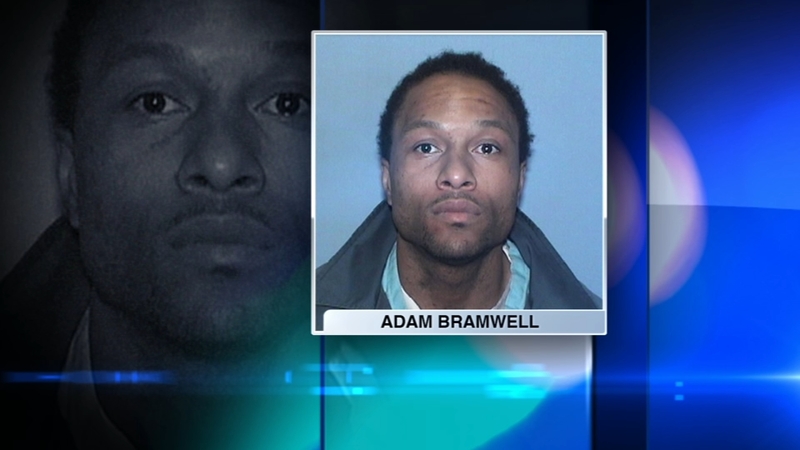 Police: Person of interest in stabbing of DePaul graduate caught in Texas

CHICAGO -- A person of interest in a brutal knife attack on a recent DePaul University graduate has been apprehended in Texas, according to Chicago police.

Adam Bramwell was taken into custody by federal marshals near Houston on Thursday. The 32-year-old convicted felon was wanted in connection with a carjacking and assault in Chicago's Lincoln Park neighborhood.

Chicago investigators had been searching for Bramwell since mid-July. Police believe he could also be a suspect in the stabbing of the 22-year-old woman, who had her face and neck slashed near DePaul's Lincoln Park campus on July 18.

Bramwell was wanted on two outstanding felony warrants, Chicago police said. Authorities believe he may have carjacked and attacked another victim in Lincoln Park on July 13, five days before the DePaul attack.

The Marshals Service of the US Department of Justice has apprehended Adam Bramwell on an arrest warrant in Texas. Bramwell was wanted on 2 outstanding felony warrants and is a person of interest in an aggravated battery in the Lincoln Park neighborhood. @USMarshalsHQ pic.twitter.com/5pc8mtQOMc

Chicago police haven't yet offered details as to how Bramwell ended up in Texas, why he was there or how he came into the custody of federal marshals. Bramwell is recently paroled from prison on an aggravated weapons charge.

Investigators recently released surveillance video of a man wanted in connection with the attack on the DePaul graduate. The video shows the suspect riding bicycle to an apartment building on North Des Plaines Street, then going into a garage before driving away in a car.

Police believe the man in the video may be Bramwell.
SURVEILLANCE VIDEO: Person of interest in attack on recent DePaul graduate
EMBED More News Videos

Chicago police released these video clips of a person of interest in the stabbing of a former DePaul student last week.

Some Lincoln Park residents said they were relieved to hear that Bramwell is in custody.

"My family and my parents have been calling me every night, if I'm walking to the bus, or you know walking to my Uber," said Darrien Press, a resident. "So, it's something that we have all been really terrified about."

Julie Gillian lives near where the DePaul graduate was attacked.

"For me, it's really scary, and I mean the girl was the same age as me," Gillian said. "So, it's kind of that feeling that it could've been me or one of my roommates."

Resident Matt Coplai said he's always felt safe in the Lincoln Park community. He said the crimes in the area have been an "eye-opener."

The last time ABC 7 was able to contact the DePaul victim, she was hospitalized in serious condition.