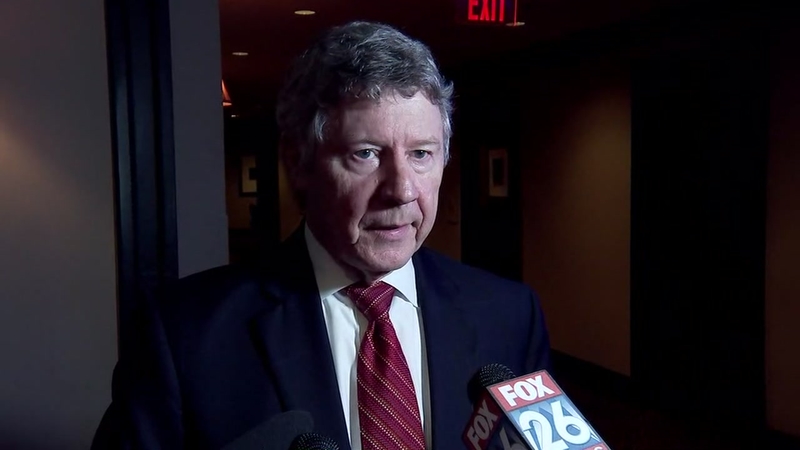 Ed Emmett says he lost due to straight ticket voting

Emmett's 11-year experience as county judge, getting Houston through Hurricane Harvey and the flood bond vote, was not enough to keep him in for another term.

WHO IS LINA HIDALGO? The 27-year-old is first Latina to be elected as Harris County Judge
EMBED More News Videos

The long-term Harris County judge says Democrats came out in full force and voted a straight-ticket party, causing him to lose this election.

"This has been a strange year, like I said. Everybody thought for the Republican side it couldn't get worse than it was in 2016 and it did, it got a whole lot worse," Emmett said.

1.) Last night was a long night. Keeping the straight ticket option for 1 more election cycle turned out to be a disaster for all Republicans. With the long ballot, more than 75% of voters chose to vote straight ticket, and the Democrats outvoted Republicans by more than 100K.

2.) Making up that deficit was just not possible. I am proud of my campaign since I received significantly more votes than any other Republican, including those at the top of the ticket.

3.) Thanks to all who helped my campaign and voted for me. The next chapter begins . . . after a brief time off. EME

The win is an upset for Emmett, who has led the county with the plan to revitalize the Astrodome. He added that if his name would have been higher on the ballot, this would have been a different story.

But things could have a different outcome in the 2020 elections, as this is the last election in which voters will have a straight-party ticket.

Hidalgo, the first Latina Harris County judge, will take her role in January.