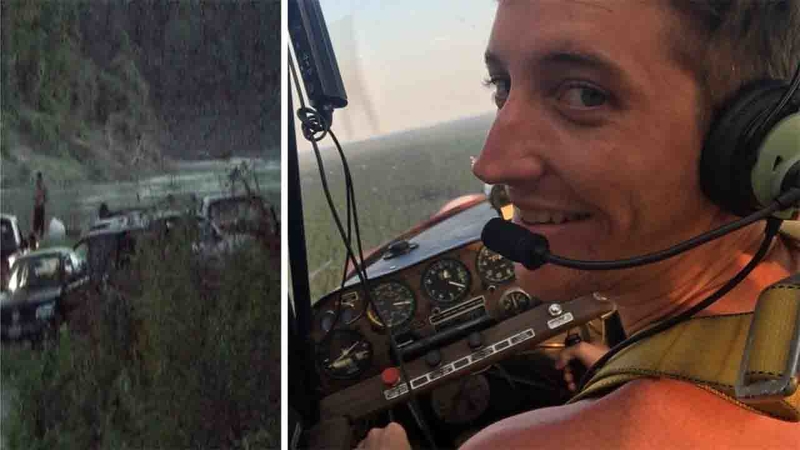 LIBERTY COUNTY (KTRK) -- The FAA is on the scene of a deadly plane crash in Liberty County.

We're getting a closer look at the scene of a fatal plane crash in Cleveland as the FAA investigates @abc13houston pic.twitter.com/62I0NjHDLa

The Liberty County Sheriff's Office says two men died in a plane crash as they were apparently performing stunts above the Trinity River.

Liberty County Hazmat volunteers deployed boats into the river to assist the FAA on Sunday so they could access the plane.

The office says in a statement that the pilot Patrick Joseph Falterman, 26, Cleveland, Texas, and his friend, Zach Esters, 25, who was visiting from Louisiana, died after the plane went nose-down about 6:50 p.m. Saturday into the river about a quarter mile south of the Highway 105 bridge in Liberty County.

The office says witnesses saw the plane flying low over the river. The office says that pilot appeared to be attempting stunts, one of which was a backward loop when, witnesses said, the engine stalled at the peak of the loop maneuver causing the aircraft to roll over and crash.

"He was doing barrels and he climbed up to a certain height, and he went straight down," witness Joanne Gaines said. "He was doing a barrel roll and then I heard the engine stop and next thing I know he crashed into the river."

Sheriff's deputies who were called to the scene found the plane 8 to 10 feet deep in the water.