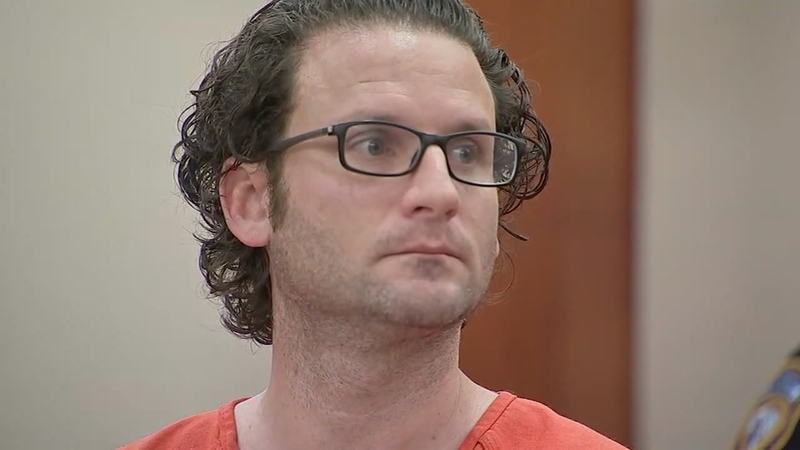 HOUSTON, Texas (KTRK) -- Could an unusual argument give Leon Jacob a new trial?

Appellate lawyers working on behalf of the fallen doctor convicted on a murder-for-hire plot certainly hope so.

"What is alleged has to be proven," said R. Scott Shearer, the attorney who made the unusual argument in front of the 14th Court of Criminal Appeals.

RELATED: Leon Jacob sentenced to life in prison in murder for hire trial

As Shearer explained, the indictments against Jacob say that he concocted a murder-for-hire plot against "M.M." and "M.V." The indictment does not spell out that M.M. stands for Marion "Mack" McDaniel, the former husband of Jacob's girlfriend. Similarly, prosecutors did not have the name Meghan Verikas, Jacob's former girlfriend, in the indictment.

Shearer points out that the law says prosecutors must establish and prove that the names in indictments are actually the people who participated in the trial.

"If M.M. stands for the complaining witness, it has to be shown. It could be Mickey Mouse. We don't know what it was, because no one ever testified, and there is no proof as to what it was," he said.

For its part, lawyers for the district attorney's office did not seem to push back at the specific link. Instead, they told the justices that the link should be inferred because the witnesses who testified clearly were the ones referenced in the indictment.

The three-judge panel clearly took the argument seriously. Just granting oral arguments in the first place is fairly rare in the appellate process.

Jacob's sister and brother attended Thursday's arguments. They ran away from our cameras and refused to comment.

LEON JACOB: "I never asked anybody to kill anybody"

Lawyer Jerome Godinich spoke for Jacob. "He's looking forward to a resolution of the issues."

Any resolution could be months, if not years away. The justices often take months to issue an opinion, no matter which side succeeds.

Follow Miya Shay on Facebook and Twitter.
Report a correction or typo
Related topics:
houston
Copyright © 2022 KTRK-TV. All Rights Reserved.
TOP STORIES
Man arrested in corporal's murder is 25-year fugitive, officials say
Deputies escort body of fallen HCSO Sgt. to funeral home
Biden confirms he will nominate first Black woman to SCOTUS
Armed driver was trying to rob another driver on Katy Fwy, police say
These jobs are hiring, and they pay more than $14 an hour
Cool temps through the weekend with a warm-up next week
K9 stabbing suspect accused of killing father with dumbbell
Show More
No bond granted for suspect in Pct. 5 corporal ambush killing
Attorney of man questioned in dad's death wants him to seek help
HPD officer's bodycam video released in crash that killed 75-year-old
You could get paid to get your COVID vaccine or booster
World remembers Holocaust as antisemitism rises in pandemic
More TOP STORIES News