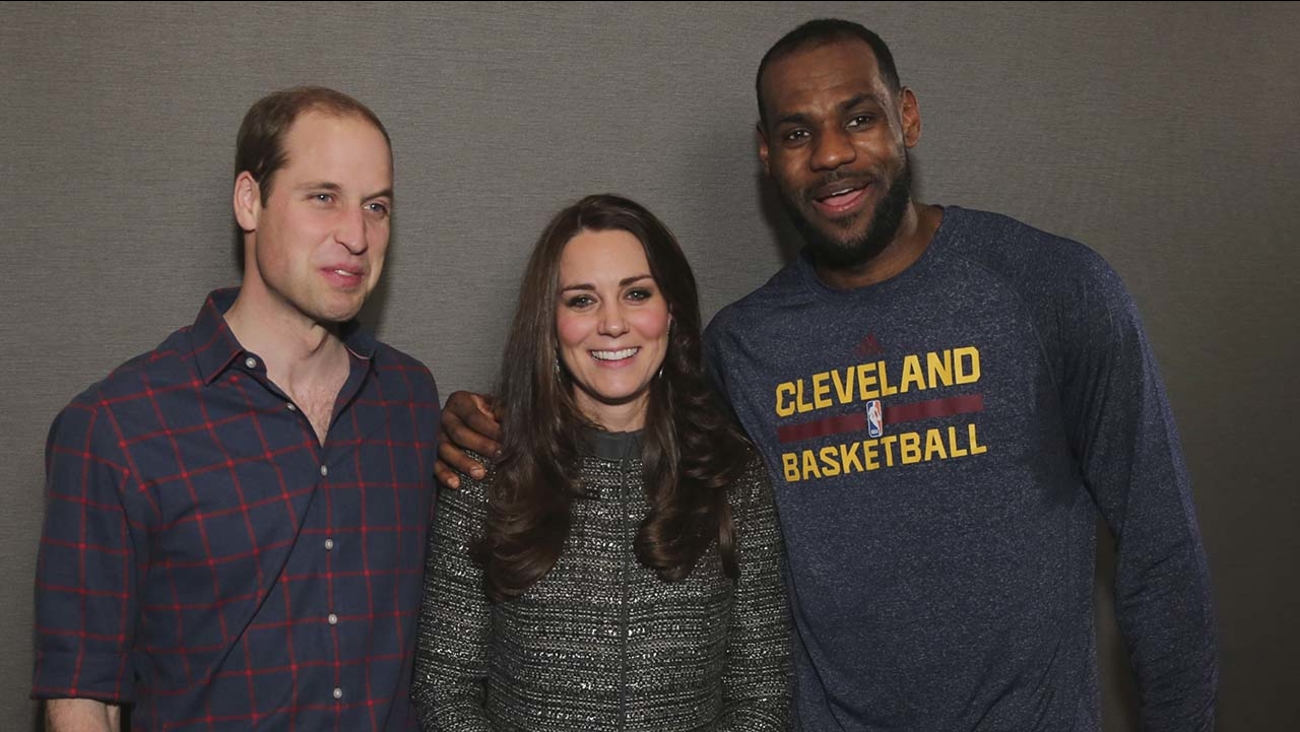 LONDON, England -- When King James touched the future queen of England on the shoulder after a basketball game, royal watchers cried foul.

LeBron James, whose nickname is "King James," met Prince William and his wife Kate at an NBA game between Cleveland Cavaliers and Brooklyn Nets in New York on Monday. The three posed for a photograph and James put his right hand on the Duchess of Cambridge's right shoulder.

According to protocol in Britain, a commoner is not supposed to touch members of the royal family - even if it is an innocent gesture.

Photos of the meeting appeared throughout the British media, with many outlets highlighting the breach and pointing out James' sweaty post-game shirt.

"He may be known as 'King James' stateside but LeBron James raised more than a few eyebrows when he got up close with Kate, still dressed in a soggy sweater," the Daily Mirror wrote.

Kate, who is five months pregnant with the couple's second child, stood between James and her husband and smiled for the cameras, but the Independent newspaper said she appeared "somewhat awkward as photographers snapped away merrily."

The official website of the British Monarchy says "there are no obligatory codes of behavior" for meeting a member of the royal family, "but many people wish to observe the traditional forms."

"For men this is a neck bow (from the head only) whilst women do a small curtsy," the website says.

In 2009, the British media criticized another American breach of the "no-touch" rule when Michelle Obama put her arm on Queen Elizabeth II's back at Buckingham Palace.

William, who is the grandson of the queen and second in line to the throne after his father, Prince Charles, was on a three-day visit to the United States with Kate.

During the meeting with James, the American player presented the royals with two Cleveland jerseys. One was yellow and had the name "Cambridge" on the back with the No. 7 under it, and the other was red and much smaller with "George" printed over the No. 1 for their 1-year-old son, Prince George.