Man crashes into League City home after shooting outside Walmart on W. Main 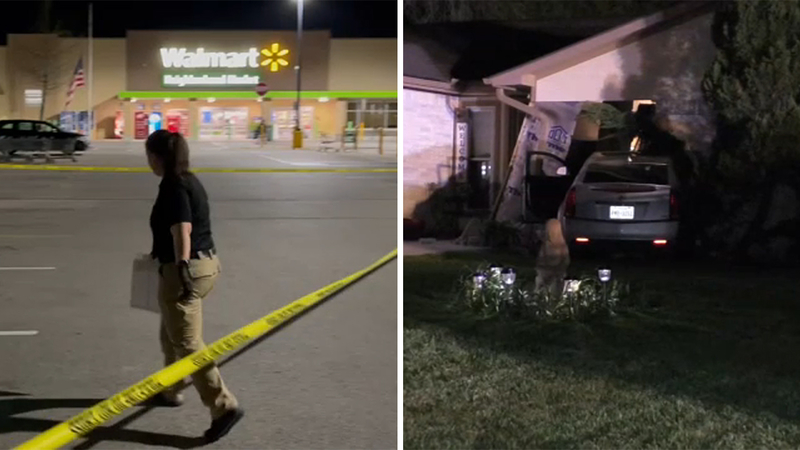 Man crashes into League City home after shooting outside Walmart

LEAGUE CITY, Texas (KTRK) -- A gunman is on the run after a shooting outside a League City Walmart.

The victim was shot in the parking lot of the Walmart Neighborhood Market before crashing into a home, according to police.

League City police said the driver was shot in the leg around 7 p.m. Wednesday in the parking lot on W. Main Street, near Landing Boulevard.

The driver then crashed into a home in the 2500 block of Afton Court.

Video from the scene shows the damage that was caused from the crash.

Police said the driver was shot in the leg and is expected to survive.

Now, police said they are searching for the gunman. They do not believe the shooting was random.

Police said a white car and a gray car both fled the Walmart on FM-518 toward I-45 after the shooting.