Laura Ayala still missing after vanishing from southeast Houston in 2002 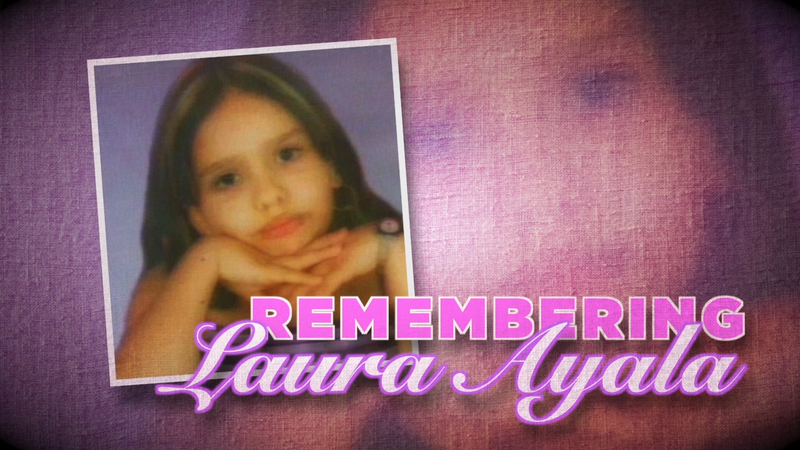 HOUSTON, Texas (KTRK) -- In 2002, Laura Ayala, just 13 years old at the time, walked no more than 100 feet from her southeast Houston apartment to a convenience store to buy a newspaper. She was never seen again.

It was shortly after 10 p.m. on a Sunday when Laura asked her mother if she could go to the store to buy a newspaper for a school project. When Laura didn't return from the store, her mother became worried and went to the store to look for her. Unable to find her daughter, Laura's mother called police and reported her missing.

Laura's shoes and newspaper were found scattered in a nearby parking lot next to the convenience store in the 2600 block of Broadway.

Police began an intense search of the area and volunteers handed out flyers and canvassed the neighborhood. Gay Smither, mother of Laura Smither who was abducted and murdered in 1997, came to the scene with the Laura Recovery Center to help find Ayala.

The case also marked the first time Tim Miller and the Texas EquuSearch volunteer organization stepped in to assist on a Houston missing person's case.

Police initially thought Laura was taken to the border on a bus, but that lead proved to be a dead end.

Video from 2002 of search for Laura Ayala

In 2002, police arrested three men in connection with the murders of several women on the East End. Police found DNA in the men's van that matched Laura Ayala but couldn't find enough evidence to charge the men in the case.

Two of those men, Walter Sorto, and Edgardo Cubas, were sentenced to death for the murders of Roxana Capulin and Maria Rangel. Eduardo Navarro, who was a juvenile at the time and believed to be the getaway driver, was eventually charged with another crime and sentenced to juvenile detention for 13 years.
Report a correction or typo
Related topics:
houstonhouston police departmentremember whenhistorymissing childrenmissing person
Copyright © 2022 KTRK-TV. All Rights Reserved.
TOP STORIES
Estranged husband shot wife, 4-year-old daughter, mother-in-law
Mayor, HPD chief to update search for 14-year-old's killer
Rainfall projections continue to increase for next week
Fertitta Family College of Medicine named after $50M donation to UH
Here are the top 14 things to do in Houston this weekend
New 53-mile stretch of Grand Parkway opens in both directions
Teens accused of stealing car Katy mom used to comfort son with autism
Show More
NY high court to determine if Bronx Zoo elephant is a person
House passes terrorism bill after shooting in Buffalo, New York
What is monkeypox? What to know after US confirms 1st 2022 case
Ford recalls SUVs due to engine fire risk
Family learned of loved one's death watching Buffalo shooter's video
More TOP STORIES News