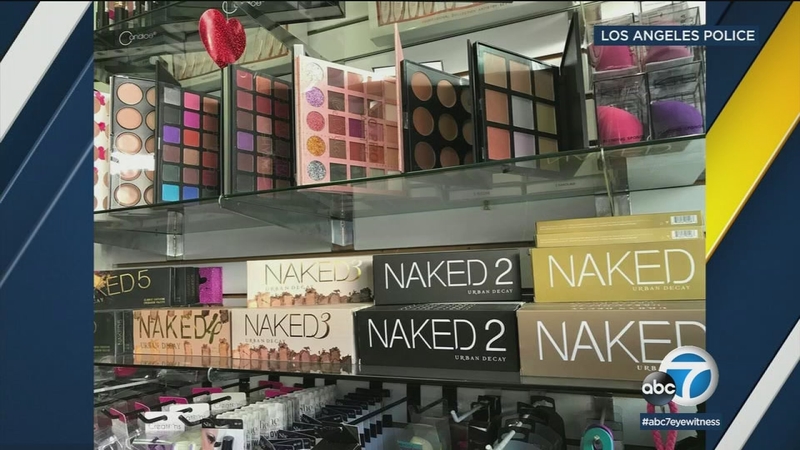 $700,000 worth of fake cosmetics seized by LAPD in Fashion District

Police Capt. Marc Reina announced the results of the operation Thursday evening on Twitter, adding that the fake cosmetics were "found to contain bacteria and human waste."

"The best price is not always the best deal!" Reina wrote.

The bust netted makeup similar to such popular brands as Urban Decay, NARS, MAC, Kylie Cosmetics by Kylie Jenner, and others.

Detective Rick Ishitani said the price tells you if it's counterfeit or not.

Busted! Major Task Force hits 21 locations in the @LAFashionDist and nets $700,000 in Counterfeit cosmetics found to contain bacteria and human waste. The best price is not always the best deal! #ProtectingOurCommunity pic.twitter.com/gliJ8L2F9F

The investigation started after customers called the actual cosmetic companies complaining of bumps and rashes from the products.

When customers revealed they bought the products in Santee Alley, the Anti-Piracy Unit swooped in doing undercover buys to test the products.

"They came back positive with a high level of bacterias and animal feces," Ishitani said.

He added that legitimate cosmetic companies adhere to health and safety standards, which is costly. As for the bogus products, they are made where contaminants are rampant.

Another issue is that the packaging can be identical to some of the glossiest brands. Ishitani said the only way some people find out is when they open the product, which isn't allowed at the businesses in Santee Alley.