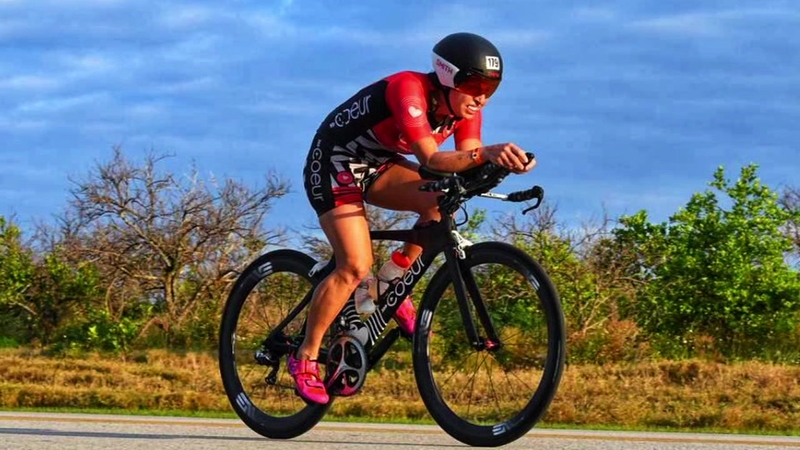 The Ironman Traithlon is considered one of the toughest in the world.

"When I am about to begin one, I just think, 'I am just crazy, what are we all doing here? But then when you start, it all makes sense," explained triathlete Triny Willerton.

Willerton is not what you would call a natural athlete. In fact, she didn't really start working out until she hit age 39.

"After my third baby, I was significantly overweight," she said. "I was actually not in a happy place. I was very, very depressed and just not in a good place."

Willerton joined a gym with a group of other women. She had no idea they would become her best friends and supporters.

"One of my friends in the group said, 'Why don't you run a 10K?' I said, 'Well, because it's hot outside and there's bugs. Why would do that? Little did I know that less than six months later, I would be doing my first triathlon," Willerton laughed.

In the past eight years, Willerton has completed 60 triathlons and seven Ironman competitions. In May, she was hit by a truck while training for her eighth Ironman, the highly competitive World Championship Ironman in Hawaii.

"He basically broke all of this side of my body. All my left side."

As you can tell, Willerton doesn't give up easily. She continued to train, the Ironman Foundation noticed and gave her a special spot on the team as an ambassador for female athletes. She's now the one motivating other women.

"You get stronger, you get fitter," she explained. "It's about being the best you can be and having people that want that for you and for themselves."