Contractors file lawsuit claiming KMCO explosion could have been prevented 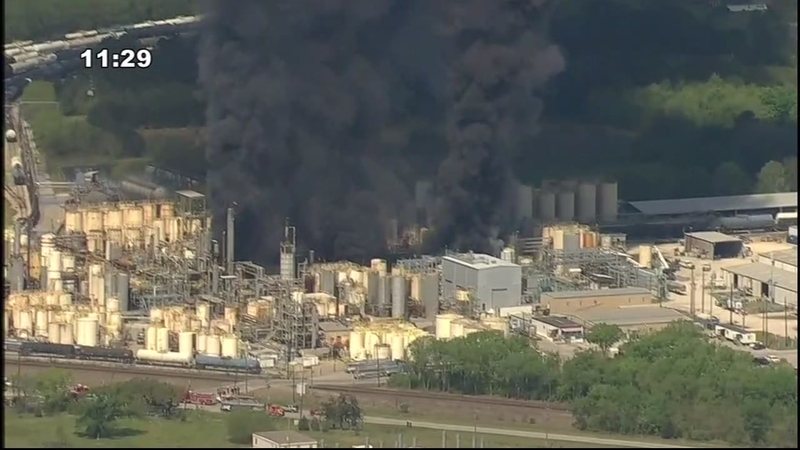 KMCO explosion could have been prevented: Lawsuit

CROSBY, Texas (KTRK) -- Could the deadly blast at KMCO have been prevented? Three contractors who worked at the plant say yes.

"They absolutely knew about the leak... at least within the many minutes before the explosion," said Larry Wilson.

These contractors are claiming in the suit that officials knew about a leak in a check valve that malfunctioned. That valve, according to the lawsuit, was connected to the butylene line.

"Obviously what they should have been doing at that point was calling a general alarm and evacuating people when they began to suspect a leak," said Wilson.

The lawsuit claims that authorities instead only went to investigate, and in that time the fire ignited

"The only way that you end up with flammable products outside of where they're supposed to be is because you at some point had a breakdown in the system," claimed Wilson.

A breakdown in the system is what the lawsuit alleges officials at KMCO were used to, citing past incidents where valves malfunctioned and they claim the response was not serious.

SEE ALSO: KMCO 'thorn in our side' that 'should not reopen': County

Wilson said that, "The reasons that people were not immediately running when they heard that was that this was apparently not an uncommon thing for them to have suspected leaks."

KMCO president and CEO John Foley responded to the accusation in the lawsuit Monday and said in a statement:
"I can assure our team and the community that no investigation will be more thorough than our own. But until facts are known, any legal complaints should be considered unverified."

TIMELINE: How the KMCO chemical plant fire unfolded in Crosby

Isobutylene: What it is and what it's used for
Report a correction or typo
Related topics:
crosbyexplosionlawsuitchemical plant
Copyright © 2021 KTRK-TV. All Rights Reserved.
More Videos
From CNN Newsource affiliates
TOP STORIES