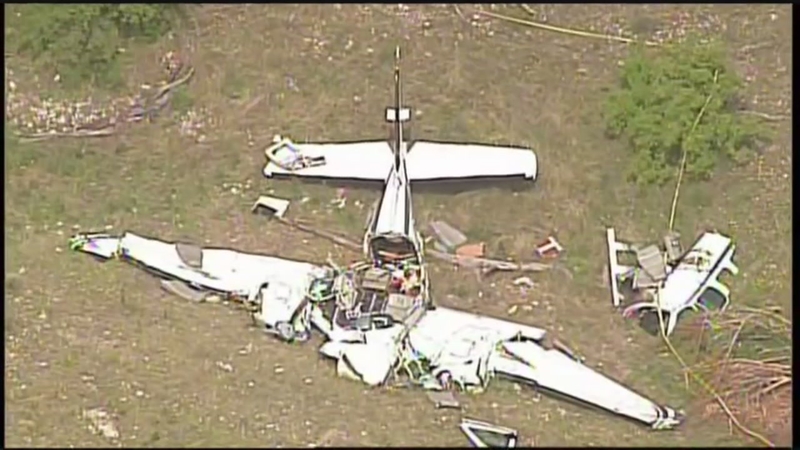 KERRVILLE, Texas (KTRK) -- Authorities say there were no survivors among the six people who were on board a small plane that departed West Houston Airport and later crashed near Kerrville on Monday.

The plane was headed to the Kerrville Municipal Airport. It didn't make it, crashing about six miles away.

The six-seater Beechcraft Baron was flattened on impact. The twin engine plane drawing a lot of attention as its pilot struggled to keep it in the air.

"I saw it go sideways, a gust of wind, I don't know," recalled eyewitness Roger Perkins. "And then it just nosedived straight behind the houses and the trees. So I couldn't see how it hit or anything like that, but it was loud."

The plane crashed onto rocky, hilly terrain on privately owned ranch land, but those in nearby homes saw or heard it before it fell from the sky.

"He was pretty low. He looked like, that hill line over there, the trees. He looked like he wasn't 50 feet above those when I saw him turn and go down," said witness Jack Goolsby.

"I was still in my bed and I could hear the whining of the turbines come down," Josh Russell recalled. "I thought it was a dream, and I woke up and I saw the sirens coming by."

The NTSB is in charge of the investigation, trying to determine what caused the fatal accident.