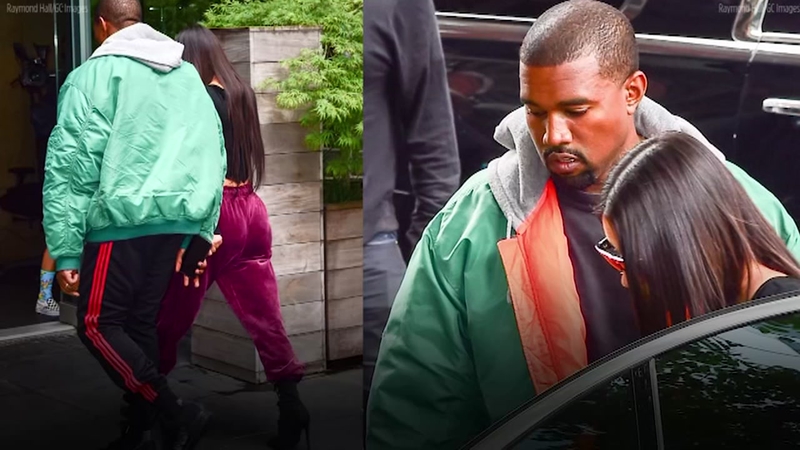 So teased Kim Kardashian West recently on her massively popular social media streams, where she freely shares her glamorous life. She was talking about Paris Fashion Week, and she telegraphed her moves to millions, from the mundane (a room service order) to the fabulous (fittings with designers and her usual front-row perch next to other rich and famous folk) - all before armed robbers broke into her flat, tied her up and fled with more than $10 million of her jewels early Monday.


Did the reality star provide them with a map via Snapchat, Twitter, Instagram and her for-pay phone app? In answering her teased question, she told the world: "In a private room, after the Balmain show."

Was it the same room at a private residence where Paris police said the crime occurred? That's unclear, for in this reality star's life, there are many private rooms, and much to share.

As details of the heist continued to surface, and as Kardashian West made her way to New York on a private jet after the harrowing holdup, one thing is clear: She was excited to be in Paris for fashion week; her Snapchats and Instagram posts were filled with exclamation points and emojis.

On Saturday, she was front row at Balmain with sister Kourtney, mom Kris Jenner and Jenner's boyfriend, Corey Gamble. She titled that Instagram photo of her and Kourtney as "Sister Slay."

RELATED: What we know about Kim Kardashian West getting robbed at gunpoint

On Sunday morning, there was Balenciaga, followed by Givenchy, where another sister, Kendall Jenner, walked the runway with Kim seated next to Courtney Love. At Givenchy, she was photographed in a black dress with fur trim and a fur wrap: "GIVENCHY COUTURE" she captioned the Instagram picture.

And before that, there was a packing-for-Paris selfie and her fittings with Olivier Rousteing, her friend and Balmain's creative director, followed by her so-called "no makeup" tweet from Balenciaga as she stood in a belted kaki trench coat pulled down at the shoulders to reveal her famous decolletage.


The high priestess of the selfie, who has a fondness for showing off her bling, also last week tweeted a close up of a dainty gold grill on her teeth, her blindingly massive diamond ring on her hand and her cleavage on view in a barely there black top.

Was the ring, a gift from hubby Kanye West, among the jewels now lost?

Providing security to celebrities in this era of social media is difficult. At Sunset Protective Services & Investigations, which includes event security and bodyguards for hire in the Los Angeles area, the added headache of constant online updates complicates safety precautions.

RELATED: Kim Kardashian back in US after Paris robbery

"Our view on this is that we want everything as low-key and as quiet as possible, obviously," said Tim Hayes, a retired Los Angeles County sheriff's deputy. "When you have someone like the Kardashian family, they even have programs documenting their every move, it makes it that much more difficult."

It was Sept. 27 that Kardashian West flashed double peace signs on Twitter as she revealed she was Paris-bound from New York. During her time in Paris, she told fans on Snapchat what she was doing, whether headed to a party or sitting at home.

"It was really the celebrity who was targeted, with possessions that had been seen and noticed via social media, and it was these goods that the attackers targeted," she said.


The head of Sunset, John Perry, who is also a retired sheriff's deputy in Los Angeles, added: "Publicity is how they make their living. They're not going to lose money and travel incognito. You've got to basically comply with the clients' wishes and try and be as proactive as you can."

In one tweet during her whirlwind Paris trip, Kardashian West jokingly lamented: "This guy is always in my shot!" She was referring to bodyguard Pascal Duvier as she walked a Paris street in the trench coat and a pair of thigh-high black leather boots.

Was Duvier on hand the night of the heist, let go for the evening, when Kardashian West was robbed? Kardashian's stylist was there at the time and alerted police, but her bodyguard was not, according to the prosecutor's office.

A spokeswoman for Kardashian West said she was badly shaken but physically unharmed after the Paris ordeal. Asked how Kim was doing, Kris Jenner flashed a thumbs-up sign as she and Gamble left the New York building where Kardashian West retreated after her return from Paris later Monday.

Meanwhile, Paris police hunted for five suspected assailants in the armed theft that raised new concerns about security in the French capital after a string of deadly extremist attacks.

The thieves, dressed as police officers, entered the 19th-century luxury residence in Paris' chic eighth district after the concierge let them in about 2:30 a.m. local time Monday, according to two police officials. Handcuffed and at gunpoint, the concierge led them to Kardashian West's flat.

After tying her up and leaving her in the bathroom, the robbers escaped on bikes, the officials said. They were not authorized while speaking about ongoing investigations.

The officials said the five suspects stole a jewelry box containing valuables worth 6 million euros ($6.7 million) as well as a ring worth 4 million euros ($4.5 million). In a message to The Associated Press, the Paris prosecutor's office said that only two of the five forced their way into the apartment.

Kardashian West's two young children were not with her at the time of the robbery. Hubby Kanye had been at her side in Paris earlier in the week but returned to New York for a concert, cutting it short on stage due to a "family emergency" that turned out to be his wife's holdup.

But were the cameras there? The ones that are ever-present for the family's "Keeping Up with the Kardashians" E! show?

"All of us at E! are incredibly thankful that Kim Kardashian West is safe, and we send her and her family our love and support," a network spokesperson said in a statement emailed to the AP.

"'Keeping Up with the Kardashians' was not filming at the time of the robbery," the statement said. "Our focus right now is entirely on Kim's well-being."