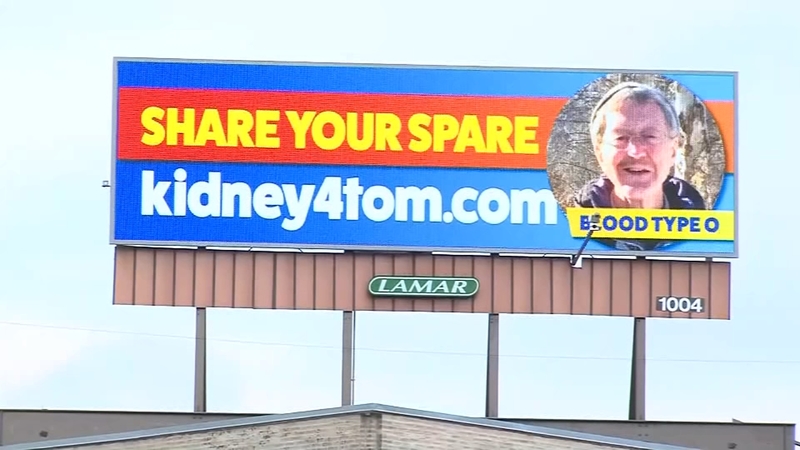 MADISON, Wisconsin -- After a difficult battle with chronic kidney disease, a Wisconsin man has a new lease on life.

"I would never have thought that here we are, the beginning of 2020 and having a new kidney, which gives us a new life," said Karen Buelow.

WDJT reports last September, Karen launched a digital campaign called Kidney4Tom.com in an attempt to find someone willing to donate a kidney to her husband Tom.

The campaign included billboards all across Milwaukee.

It was successful, and there were nearly 40 applicants wanting to donate. In fact, UW-Health saw an increase in donors because of the campaign.

In November, the Buelow's finally got the call they'd been waiting for.

Tom underwent the life-saving surgery on Jan. 2. His donor is a complete stranger who saw the original story on the campaign on WDJT and stepped up.

"He saw it, he was moved and went to fill out the form," Karen said. "He felt called by God."

Karen says all were teary-eyed when Tom met his hero.

"They stood next to each other and it was just so remarkable that they kind of looked alike...him and Tom looked like they belonged together."