Houston man and friend kidnapped, robbed and then beaten 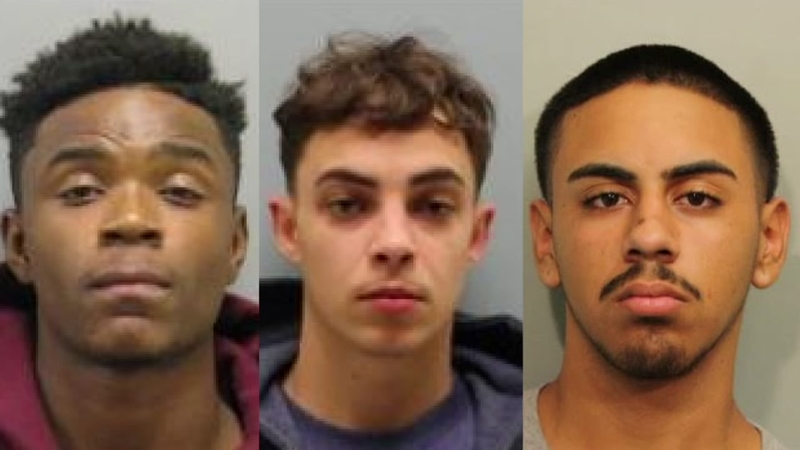 One of the accused robbers is on the run and police want your help finding him.

The victims say they were held against their will, robbed, beaten with pistols and even burned with cigarettes.

One of the victims we're calling Robert does not want to be identified since a suspect is still out there.

He says he met one of the suspects at Stereo Live, a club on Houston's west side.

Robert says the suspect told him he was from Austin and wanted to "hang out." Later, the suspect called Robert, got his address and picked him up.

The suspect arrived with two others, according to the Robert.

Robert says he got into their car, where he says he was robbed, kidnapped and beaten.

It was a night he thought would be his last.

"If I hadn't got away, I probably would have been a corpse," he said.

He said immediately the man in the back,identified as Julius Lopez, pointed a gun at him.

"They took my phone, that's all I had on me and they basically beat me up and tried to extort more money out of me," he said.

Robert said they threatened him and made him contact a friend so they could rob his friend, too.

His friend was also kidnapped, beaten and robbed.

Court records say the suspects beat the victim's hands with the butt of a pistol and burned his face with cigarettes.

Two of the suspects, Michael Deblasio and Derrick Scott, have been arrested, but Julius Lopez is still at large.

Robert says this man needs to be off the streets.

Crime Stoppers is offering a $5,000 reward in the case. You can make an anonymous tip by calling 713-222-TIPS or online at www.Crime-Stoppers.org.