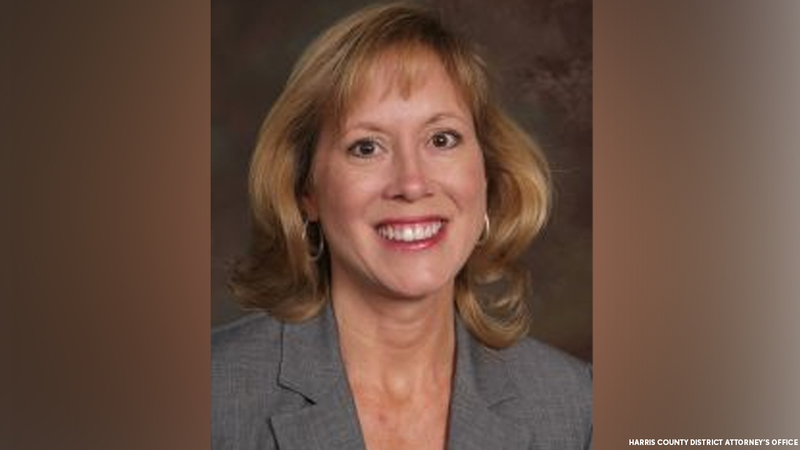 A Harris County prosecutor who shared a social media post that appeared to compare protesters to Nazis has resigned, the district attorney's office told ABC13. 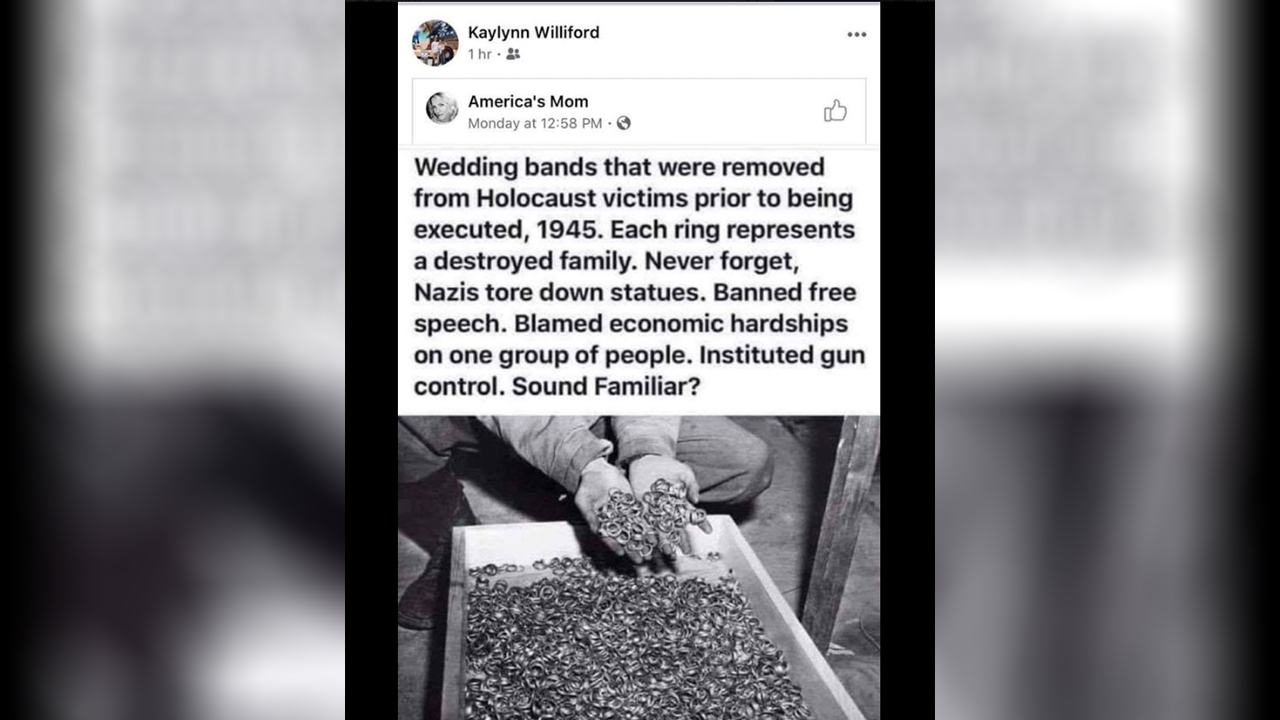 In the weeks since the death of Houston native George Floyd in Minneapolis police custody, protests have continued over racism, equality and police brutality, with some demonstrators tearing down monuments honoring the Confederacy.

Two weeks ago, Houston Mayor Sylvester Turner announced two Confederate statues in the city would be moved to prevent vandalism and provide context.

Though not part of the Confederacy, Christopher Columbus statues in Houston and across the country have been vandalized or toppled, with critics saying Columbus should be viewed not as a hero who "discovered" America, but as a foreign conqueror who enslaved natives.
READ MORE: Mayor Turner announces plans to move 2 Confederate statues in Houston

According to information on the website for the Harris County District Attorney's Office, Williford is the Trial Bureau Chief and has worked in the office since 1992.

The district attorney's office said a prosecutor will be named to replace Williford.

Ogg addressed the matter in a letter to her office, saying, "I find it necessary and appropriate to state unequivocally that this organization and my Administration has zero tolerance for racism in any shape or form," and that when "speech made in the privacy of one's home or on social media contradicts our core values, we take action."

The full letter to Ogg's team is below.

"For anyone with a doubt, the Harris County District Attorney's Office stands for equal justice. It's in our mission statement and must be reflected in our actions every day as trusted public servants charged with seeing that justice is done. Nevertheless, I find it necessary and appropriate to state unequivocally that this organization and my Administration has zero tolerance for racism in any shape or form. While implicit in our work, let us be together in the fight for tolerance and equality of all in everything we do, both in the workplace and in all aspects of our lives.

Prejudice is at the root of racism, and it is inconsistent with moral and legal principles. We in the DA's Office, at every level, share a duty not to ignore it.

As the top law enforcement official in Harris County, I am committed to protecting and defending our Constitution; this includes operating a fair workplace.

When speech made in the privacy of one's home or on social media contradicts our core values, we take action. While not our intent to involve ourselves in employees' personal lives, when their social media or private actions publicly contradict and violate this Office's policies, the law allows us as an employer to investigate and implement graduated sanctions ranging from education and counseling up to termination.

Our Human Resources Division will be providing further training and guidance on implicit bias as well as workplace standards, policies, and practices. As co-workers, we encourage you to contact Human Resources and express concerns you may have about this issue. You may also have a discussion with your immediate supervisor (or their immediate supervisor if necessary), and the complaint will be conveyed to the appropriate personnel. Complaints are investigated and acted upon.

I want you to know unequivocally that my goal is to foster a workplace environment that not only reflects the diverse make-up of Harris County, but also, that encourages respect for one another, tolerance for the differences amongst us, and rejects divisiveness, bigotry, and racism in all forms."

"On Thursday, June 25, I shared a post on Facebook, something I rarely do, which I felt was thought provoking and promoted tolerance. A friend's daughter was the only one who responded to the post. She took offense and thought I was comparing the post to Black Lives Matter. That was never my intent, and I took the post down the next morning when I saw her comments. I also saw that morning after deleting the post that I had received an email from Josh Shaffer, a defense attorney in Harris County. In the email he asked if I had shared the post. I called him that same morning and told him I had posted it but taken it down because and I had not intended it to be offensive to anyone.

Josh told me that it had offended several of his Jewish friends, and that is why he reached out to me. I apologized to Josh and told him I never meant to hurt anyone's feelings. I could see by the reaction of my friend's daughter and Josh that unintentionally my shared post had been taken as hurtful and insensitive. What I interpreted as a post that promoted tolerance was taken in a completely different manner.

Later that Friday, June 26, while Kim Ogg was addressing the felony prosecutors, I learned one of my "friends" on Facebook had taken a screenshot of the post before I had taken it down. They did not contact me or ask me about it. They passed it out to the public with accusations against me. While I was in the meetings, I learned this screenshot had been passed to the Houston Chronicle with comments attacking me and alleging I had compared Black Lives Matter to the Nazis. Nothing could be further from the truth, but I have been judged and condemned on a shared post. That thought never crossed my mind.For 28 years I have served the citizens of Harris County. I took an oath when I was sworn in, to seek justice, not convictions. A prosecutor is to follow the evidence, wherever it takes you. To go above and beyond in our job, because as a prosecutor, we deal with people's lives, the lives of victims and defendants. Every decision a prosecutor makes has an impact on the lives of the individuals involved in the justice system.I have honored my oath of office no matter who the defendant was.

I reached out to Augustin Pink on Sunday and asked his permission to use his name and discuss a case that we handled some years ago when I was the chief in the 230th District Court. This case made a huge impression on me and has been one I have used over the years as an example of why as prosecutors we have to take our oath to heart.

Augustin Pink is an African American defense attorney and the son of Walter Pink. Augustin is an outstanding defense attorney as was his father who has since passed. Augustin approached me about his client, a young, distinctive looking African American man who had been charged with burglary. He told me that his client had not committed the crime, but his client's play cousin had. We were about to set the case for trial in Belinda Hill's court, and Augustin told me his client was innocent. I reviewed the file and offense report. His client had been identified by an eyewitness leaving the home that had been burglarized. A camera had been stolen and pawned shortly after the burglary. His client had used his driver's license when the camera was pawned, and the camera had a picture of his client on it. Upon review it seemed like a strong evidentiary case. Augustin told me that his client had been contacted by his play cousin who needed him to go with him to the pawn shop to pawn the camera. Augustin didn't know the name of his client's play cousin, and his client had not done the burglary, or known the camera was stolen and he needed my help. I called the witness from the pawn shop and asked him about what had happened and if there had been two people at the pawn shop since the offense report only referred to the one suspect. The witness told me there were two men who came in to pawn the camera. He told me they looked very similar, and that one had done the talking and the other used his driver's license to pawn the camera. He told me the other male had even taken a picture of the man who used his id with the camera. Augustin's client and his mother did not know the name of the play cousin but told me he was in jail. They had brought a picture of the play cousin and he looked strikingly similar to his client. I went back through the offense report and saw where a print had been taken off a jewelry box, and the print did not belong to this charged man. I called one of the officers with the Fingerprint Division and asked her to run the print thru the system to see if we could get a hit. She called me back and told me she had a hit, and the person was in jail, and on the docket in another court that same day. I went to the holdover and saw this man who had been charged with burglary and looked very similar to Augustin's client. I went back to court and dismissed the case. I took the time to investigate what seemed an implausible story, a "play" cousin with no name and no mentions in the offense report, if I had not taken the time to investigate the case, a young man could have been wrongfully convicted. The other case I would like to speak of is Gilbert Amezquita. Prior to being assigned to the 230th, Gilbert Amezquita had been tried for aggravated assault, convicted, and sentenced to prison. The attorney handling his appeal, Roland Moore, approached and asked me to look into the case because he believed his client was innocent and evidence supporting this had not been presented by defense counsel. Roland was attempting to locate witnesses that supported his defense that he had been unable to find. I looked into the case, found the witnesses, and ultimately testified in an evidentiary hearing for the defense. A new trial was granted, and after the evidence was reviewed by another prosecutor it was dismissed. The case was ruled an actual innocence case, and he was pardoned by the governor. I have attached emails from the defense attorney on the case.

I did what I was asked because that is what you do as a prosecutor. You are a public servant to see that justice is done, whether it is a conviction, a dismissal or in this case a determination of actual innocence and pardon.I have spent my career defending the rights not only of victims, but those wrongfully accused. If you truly knew me, you would know I never meant anything malicious in sharing a Facebook post. I see now how it could be interpreted as hurtful, but again, that was never my intent. After much thought, prayer, and reflection I have decided to resign. My shared post, while unintended has brought much pain and heartache upon the community that I took my oath to serve. I can only say I am sorry for hurt this had made in the African American or Jewish communities."
Report a correction or typo
Related topics:
harris countyprotestnazissocial mediaracism
Copyright © 2022 KTRK-TV. All Rights Reserved.
TOP STORIES
Winter has returned following powerful cold front
Winter blast felt across Texas
Major crash blocks southbound lanes of I-45 in The Woodlands
Man killed during attempted robbery of woman he met online, HPD says
Feud over woman led to fight and deadly shootout, family says
Vanessa Guillen legislation celebrated in Houston
Here's how you can break into Houston's aerospace industry
Show More
Reporter hit by car on live television, but continued reporting
3 teens found dead in Crosby home identified
Woman stopped at intersection robbed when man punches window
Family wants teen's bond revoked in alleged love triangle murder
Runway for a cause: UH's fashion show raises money for scholarships
More TOP STORIES News