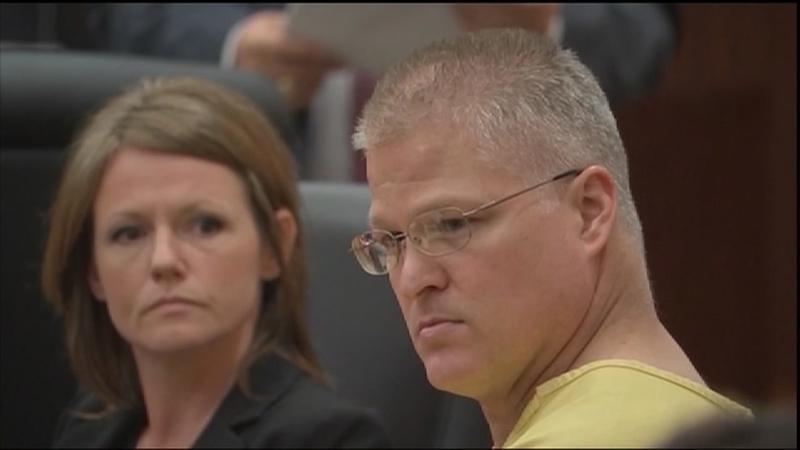 HOUSTON (KTRK) -- The highest criminal court in Texas has thrown out the conviction of a former high school football coach found guilty of killing his pregnant wife.

The Court of Criminal Appeals set aside the judgement against David Temple, concluding prosecutors hid or delayed revealing hundreds of pages of evidence to Temple's defense team as he was tried for the 1999 murder of his wife Belinda.

It has been nine years since the former Hastings high school football coach was sentenced to life in prison. The ruling came as a surprise to Temple and his lawyers. They say Temple was speechless when told.

Schneider says there was evidence of another plausible killer - someone other than Temple. Prosecutor Kelly Siegler did not return calls following the ruling but was adamant in a 2012 interview with Eyewitness News that the allegation of evidence withholding was simply untrue.

"Sweetie I'm always aggressive. But as far as withholding evidence, exculpatory information, Brady evidence, that did not happen," Siegler said.

Belinda Temple was a teacher also and was eight months pregnant when shot to death in 1999 in the couple's Katy home. Her family refused comment on the ruling.

"It's a long journey for them. Obviously the journey for them has never really ended because they've never, even when they got the verdict, they were right back in dealing with appeals and so forth, so it's tough," Kahan said.

The question now is whether Temple will be tried again. A spokesperson for the Harris County District Attorney's office says the trial happened before this administration and it will be up to the new administration as to whether they want to retry the case. Wayne Dolcefino, a spokesperson for District Attorney-elect Kim Ogg, wouldn't say if Temple would be re-tried. He says she will launch a thorough review of the case, the evidence and the personnel involved.