The newlyweds! Justin Verlander marries Kate Upton, according to reports 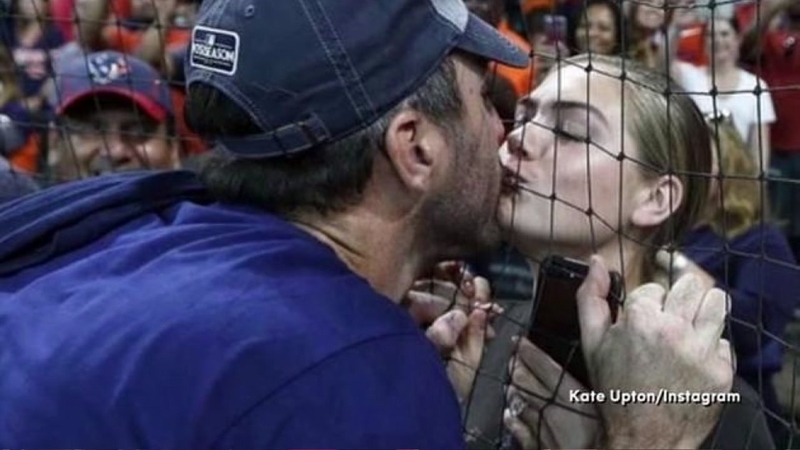 According to multiple reports, the two were married at a medieval church overlooking Tuscany's Montalcino valley.

Verlander, 34, and Upton, 25, missed the team's celebratory parade Friday in downtown Houston due to the impending nuptials.

After the Astros defeated the Yankees in the American League Championship Series, the couple were spotted sharing an intimate moment.
EMBED More News Videos

A special moment between Kate Upton and Justin Verlander.

The two got engaged in 2016 after dating on-and-off for three years.