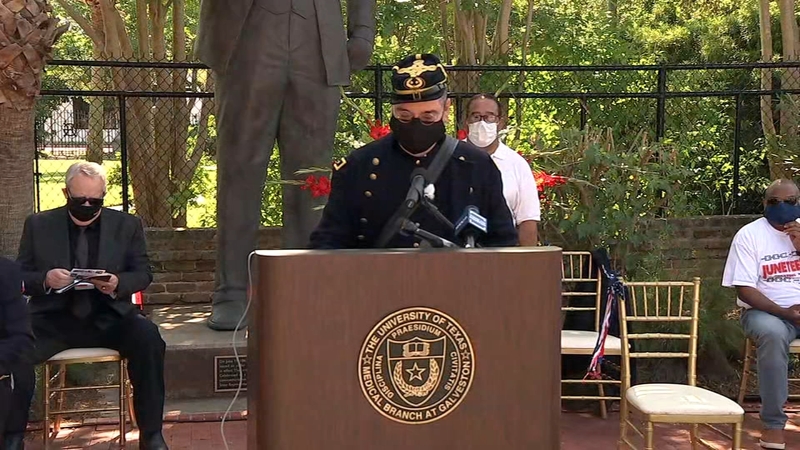 Galveston: This is where Juneteenth began

HOUSTON, Texas (KTRK) -- It's the 155th anniversary of Juneteenth, and Galveston celebrated their rich history at the very place it began.

The private celebration was held at the historic Ashton Villa in Galveston. Galveston is known as the 'birthplace of Juneteenth,' when the federal troops arrived on the island to announce and enforce the emancipation of the slaves. The Ashton Villa had served as the residence for the Confederate Army officers during the Civil War.

MORE: Celebrating Juneteenth: Five things to know about the holiday

Join Jobina Fortson and National Geographic's Rachel Jones as they discuss the history of Juneteenth and what it means at this moment in America's history. Rachel's story "Why Juneteenth is a celebration of hope" can be found at NationalGeographic.com.

Juneteenth is the oldest known celebration commemorating the ending of slavery in the United States.President Abraham Lincoln signed the Emancipation Proclamation, freeing slaves effective January of 1863.

Then on June 19, 1865, the Union soldiers landed in Galveston with news that the war had ended and that the enslaved were now free, according to the Austin History Center. After this, more than 250,000 slaves across Texas learned that they were finally free.

READ MORE: What to know about Juneteenth