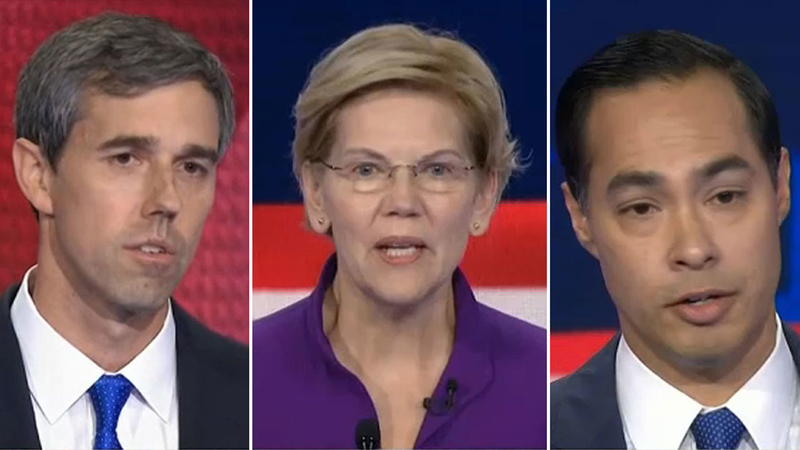 Democrats spar in Miami over immigration and healthcare

MIAMI, Florida (KTRK) -- The first Democratic presidential debate in the 2020 election was a fast paced event that saw sparring over immigration and healthcare, and led to a healthy discussion about education and the economy.

And so it all begins.

"Who is the economy really working for? It's doing great for thinner and thinner slices at the top," quipped Sen. Elizabeth Warren.

Ten Democrats took the stage at once for a spirited policy discussion.

"This economy has got to work for everyone," former El Paso Rep. Beto O'Rourke said.

"Healthcare is not just an American right, but a human right," Corey Booker said.

It was a night of big ideas from the stage in Miami.

"If we want to be the most prosperous nation in the 21st century, we need to make sure women are paid what they deserve," said Julian Castro, the former San Antonio mayor and HUD secretary under President Obama.

Night one down. Night two still to go.