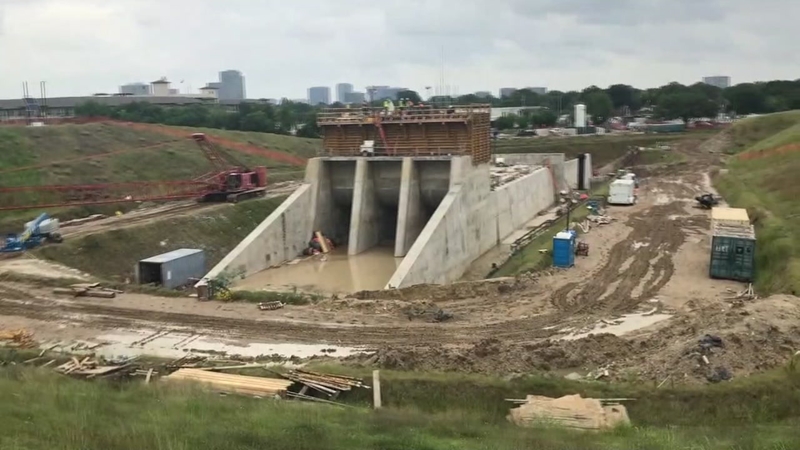 HOUSTON, Texas (KTRK) -- A federal judge has ruled homeowners living on property behind the Addicks and Barker reservoirs should be compensated, and that the Army Corps of Engineers is liable for taking their land for flood water storage during Hurricane Harvey.

The ruling applies to 13 "test properties" behind the dams.

The homeowners sued the Army Corps for damage, alleging the government's construction and operation of the Addicks and Barkers project "constituted a 'taking' under the Fifth Amendment to the U.S. Constitution, entitling them to compensation."

The homeowners said water backed up until it flooded over the 13 test properties and over 10,000 homes and businesses located behind the dams. They allege the dams stopped water that otherwise would have flowed from the project's location 17 miles west of downtown Houston, eastward into west Houston neighborhoods, Houston's central business district and the industrial ship channel.

"From the jump," said plaintiff's attorney Daniel Charest. "The government knew that it had not bought enough property to hold the water that was designed to be held behind these dams."

The government claimed Hurricane Harvey was a very large storm that it could not foresee when it built the dams in the 1940s, and denied owing compensation to any homeowners.

During the trial, the judge, attorneys on both sides, and witnesses gathered atop the Barker and Addicks reservoirs to see how these dams, dikes, and equipment all work.

They then went to the homes of all 13 plaintiffs who are a part of this "first-of-its-kind" test trial.

Along the Barker dam, attorneys from both sides asked witness, Corps of Engineer Captain Chuck Ciliske, a number of questions.

They range from basic questions about what creeks flow into the reservoirs to technical questions on subsidence, water flow, and other issues.

"I cut the power to the structure," said Captain Ciliske, recalling Harvey's downpour. "Once we got concerned, we cut the power and we operated (the dam) manually."

In Judge Lettow's ruling, he said that the federal government's construction and operation of the Addicks and Barker project was a "taking" under the 5th Amendment, entitling the homeowners to compensation.

Vuk Vujasinovic of VB Attorneys, who is part of the court-appointed lead team that took the case to trial, anticipates a second phase of the trial will take place to determine the amount of compensation owed to each homeowner.

"This trial victory will be instrumental in our efforts to obtain fair compensation for all our clients whose property was damaged or destroyed due to the Addicks and Barker project. We look forward to finishing this fight to enforce our clients' constitutional property rights," Vujasinovic said.

You can read the full ruling here.