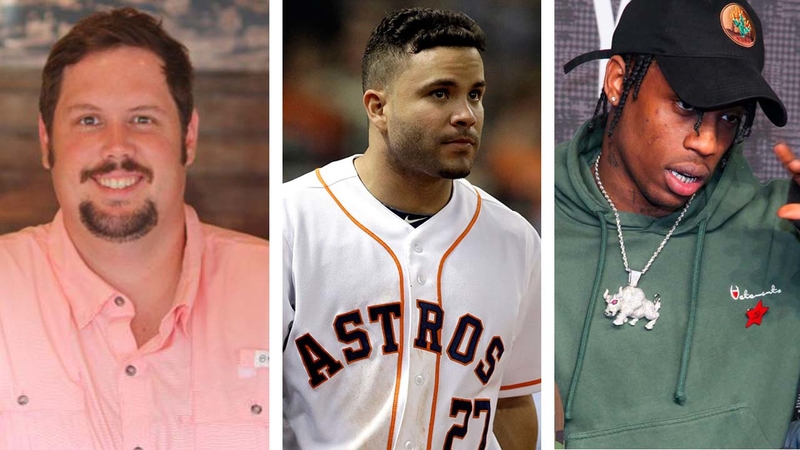 HOUSTON, Texas (KTRK) -- Jose Altuve is a World Series winner, a three-time batting champion, a five-time All-Star, and, if the country's baseball writers make it so, the impending American League MVP.

Considered one of the Houston Astros leaders, Altuve's accomplishments have garnered him a place in Forbes' 30 Under 30 list for 2018.

The Astros second baseman was named along with 29 other honorees in the sports category.

Forbes said each person named in the sports category achieved something beyond the playing field. Altuve, in the past, has made contributions on behalf of the Jose Altuve Foundation, which supports the Sunshine Kids, an organization benefiting children with cancer.

According to Forbes, the 30 Under 30 consists of those young individuals who have "ambition and impatience" to "reinvent the world." The publication vetted thousands of nominations, leaning on its online audience, its staff and a panel of judges.

RELATED: Quick facts on Jose Altuve
Altuve was named in the seventh edition of the list.

The pitmaster and owner of Pinkerton's Barbecue, 28-year-old Grant Pinkerton, made the list.

After two years of cooking out of a trailer, his endeavor went viral and investors jumped in so that he could open his brick-and-mortar store in the heights last December.

Saheb Sabharwal, VP at CSL Capital Management, is also on Forbes' list. According to Forbes, he led $20 million of investments by launching two start-ups and other investments.

Other areas covered in the 30 Under 30 list include food and drink, law and policy, healthcare, finance, Hollywood & entertainment, consumer technology, enterprise technology, and media.

You can view the full list on the Forbes site.