Houston mom of 6 reportedly disappears in middle of night 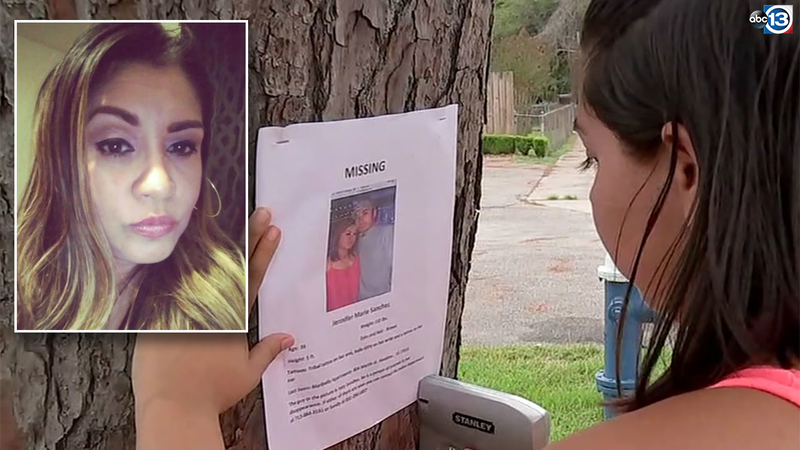 She was reported missing by her family on Saturday after she failed to show up for work at the B&W Meat Company on North Shepherd, where her family also said she left her most recent paycheck.

Family members told Eyewitness News the 39-year-old was last seen when she came home to her apartment in the 800 block of Martin on Thursday night.

"When she got home she took a shower, thinking that she was going to go to sleep early because she had to go to work the next day," said her son, Joshua Jilote.

But according to Jilote, hours later, around 1 a.m., he woke up to see her leaving.

"The last time I've seen my mom, she was walking out the door," said Jilote.

"She took a shower and she put on the clothes that she sleeps in, and she told her son, 'I'll be right back.' She came outside and she was never seen again," said her aunt, Yvonne Wiemann.

Family members say this is unlike Jennifer, who has a court date next week in a case against her estranged husband.

She has also filed a restraining order against him.

Eyewitness News reached out to his defense attorney, but has not heard back.

The Houston Police Department's Missing Persons Unit is actively investigating, but have not named a person of interest.

Detectives told Eyewitness News they've been in contact with the estranged husband's family, but have not gotten a hold of him directly.

"We don't want to think the worst, but it's already been three days, almost four days, and it's just not like her," said Wiemann.

Of Jennifer's six boys, the family says four are grown, the other two are being taken care of by a foster family unrelated to the case.