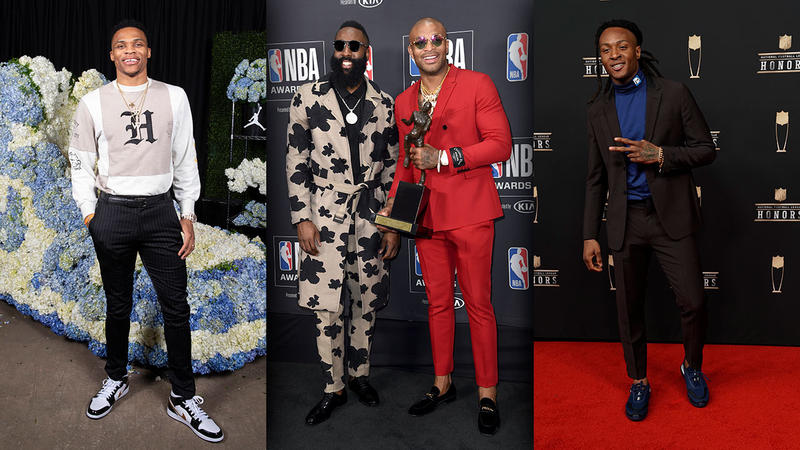 Whether it's breaking ankles on the court or shredding defenses on the field, the Houston Rockets and Texans are proven play-makers.

So, it's no surprise that James Harden, Russell Westbrook, P.J. Tucker and Deandre Hopkins are bringing their A-game to another field: fashion.

According to the magazine, its fourth annual list was selected by a panel of stylists, fashion editors and executives, as well as other influencers across the sports and fashion industries.

Tennis star Serena Williams, who is the cover athlete of the "Fashionable 50" issue, was named the most fashionable athlete of 2019.

The issue then breaks down the field into categories, including "Icons," "Swag Stars," and "Trendsetters."

Westbrook and Harden, who will be reuniting as teammates this coming season with the Rockets, topped the list as Icons.

Of Westbrook, SI wrote, "The 30-year-old doesn't waver from his 'Why not?' approach to dressing, sporting everything from designer threads and the latest kicks, to vintage clothing, trendy Zara pieces and unconventional suits. "

With Harden, the magazine alluded to the former MVP's play on the court, but never questioned his style off of it.

"There's no debate over his dominance in the fashion game," SI wrote.

Though stars in different leagues, Hopkins and Tucker are teammates as two of the list's Trendsetters.

For the sneakerhead Tucker, he admitted to SI that there would be times he and Harden would wear the same pieces.

"But, we wear it totally different," Tucker insisted. "Then some of the other guys crack jokes."

Hopkins joins the chorus of Texans players and fans who want the Houston Oilers jersey back in the Bayou City.